Name meaning: Eska was named by a member of the President’s staff who helped us get a breakthrough audience with the Minister of Forestry

Bio: Orangutan Eska was rescued along with Amalia from a private zoo that was shut down by authorities. He was under-weight and very intimidated by everything. He didn’t seek out humans to feel safe, instead opting to embrace himself for comfort. His play with Amalia is often mismatched, as she is much stronger than him and does not hold back.

Together with Amalia and Cantik, Eska is currently in level 3 in the FOREST SCHOOL, already behaving like a wild orangutan. He likes to follow Amalia in the canopy of the forest – searching for food, learning from her and sharing the night nest she has built. Amalia clearly makes him feel safe. Together with her, Eska will soon be ready to move on to the release site, where they will start the level of pre-release stage, the last step before being released back into the wild!

Favourite past-times: Eska and Cantik both love splashing about and wrestling in the water! 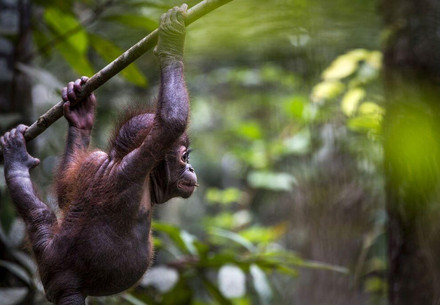 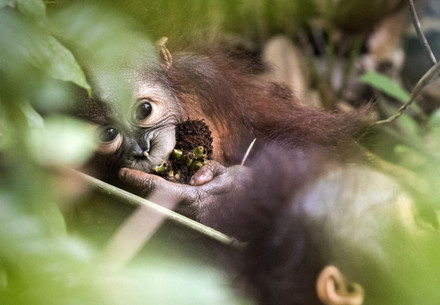 Baby orangutan Gerhana loves to eat! In a few months, he turned from a malnourished little baby to a fighting spirit, complete with a teeny belly and his signature cheeky grin 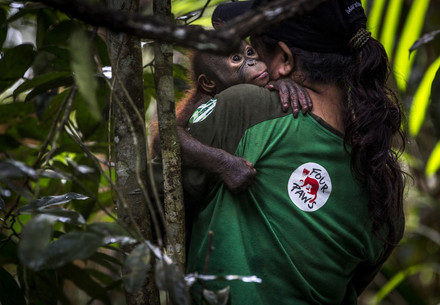