11th November 2020 – The new documentary “The Tiger Mafia” by Karl Ammann exposes shocking discoveries from ten years of investigations into the tiger trade in Asia: breeding farms keeping thousands of tigers, tiger petting zoos along with traditional medicine and luxury items made from their body parts are all investigated in the film. Global animal welfare organisation FOUR PAWS contributed to Ammann’s findings with their research from Europe, where an estimated 1,600 tigers live in captivity. Investigations by FOUR PAWS reveal an active trade between EU countries and China, Vietnam, and Thailand. Between 2014 and 2018 alone, 120 import and export permits with live tigers and their body parts were legally issued between EU countries and Asia, according to the Convention on International Trade in Endangered Species of Wild Fauna and Flora (CITES). The number of unreported cases of illegal trade could be much higher which is often the case when comparing legal trade numbers to projected illegal trade data. In order to protect all tigers from commercial exploitation whether they are in the wild or captive bred, FOUR PAWS is calling on the EU Commission to finally end the commercial trade of tigers and their body parts.

For the documentary “The Tiger Mafia”, which has its virtual world premiere on November 12, Karl Ammann spent a decade examining the mafia-like structures of the tiger trade, especially in China and Southeast Asia. Tigers are legally bred there on an industrial scale, as Ammann's documentation of over 200 Chinese tiger farms with an approximately 6,000 tigers and many more in Laos and neighbouring countries show. The tigers are speed bred to be used in zoos that offer cub petting as well as other forms of entertainment and ultimately to supply the insatiable demand for tiger parts. For comparison: there are only an approximate 3,900 tigers still live in the wild. To maximise profits many of the tiger farms operate petting zoos where cubs can be used for interactions. When the cubs are two years old, they become dangerous and can no longer be used in the tourist facilities. They are then killed to be used in traditional medicine or sold as luxury items including jewellery or rugs from their skins.

“Captive tigers frequently display severe physical and mental health issues. They are taken away from their mothers at a very young age to entertain tourists and pose for photos. In the wild, cubs stay with their mothers for two years which is a harsh contrast to the two months in most facilities that use the cubs for interactions. On tiger farms and in petting zoos they are denied any natural behaviour and their vast ecological needs simply cannot be met. In China, captive tigers are often deliberately starved to death, because only if they die of a natural cause is it legal to use their body parts.”

Lucrative business with an extinction-prone species

According to FOUR PAWS, a European live tiger can cost up to €22.000 when purchased in Vietnam, but even when dead the animals are very valuable. A small tiger tooth costs around €800, a bottle of tiger wine – a supposedly healing tincture made from tiger bones – around €220. According to Ammann's investigations, claws, eyeballs, brains, tails, innards, and fur are also processed, especially for traditional medicine and as jewellery. Pink tiger bones are considered a particularly precious luxury item. In Ammann's documentary, a jewellery seller in Laos explains that the bones are said to get their special coloration during the extraction process. Tigers are alleged to be sedated and their bones are removed while they sleep. Products made of tigers are not only in demand in Asia with European authorities also noting seizures in these items. FOUR PAWS research shows that over 8,000 illegal tiger products, such as tiger wine, were confiscated in the EU between 1998 and 2017. CITES – signed by 183 countries including China, Thailand, Vietnam and Laos – actually, prohibits the commercial trade in tiger parts. However, this has done very little to limit the number of tigers bred in captivity to be killed and their body parts commercially traded.

Ammann's documentary as well as research conducted by FOUR PAWS show that the tiger mafia works with an extensive network that can be found even in the middle of Europe. “It is legal in the EU to breed tigers for commercial trade and across Europe there are weak laws and regulations that make commercial tiger breeding and trade extremely easy. This is why we see cases of illegal activity and such a high number of tigers in Europe. Nobody knows exactly how many tigers are in Europe and what happens to them when they become too old to be used in petting zoos and in circuses,” says Harkin. Most EU member states do not have central registers, tiger breeders can easily forge official papers or sometimes do not even record births or deaths which makes it impossible to have any control on trade or illegal trafficking "Some European tigers are  exported to Asia, because the buyers there believe that European big cats are bigger and stronger, which makes them especially valuable for breeding. We can only play a role in fighting illegal tiger trade when Europe cleans up its own act and becomes part of the solution and not the problem. This can only happen when Europe ends the commercial trade in tigers and parts including the export of tigers to Asia for commercial purposes," says Harkin. 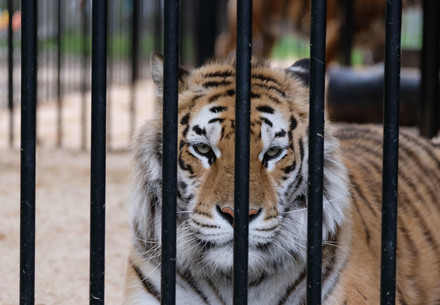 The Tiger Kings in Europe 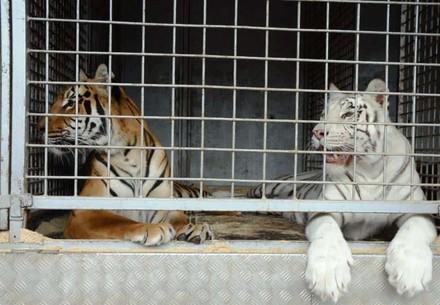 22,000 euros for a tiger: The trade in big cats from Europe is booming 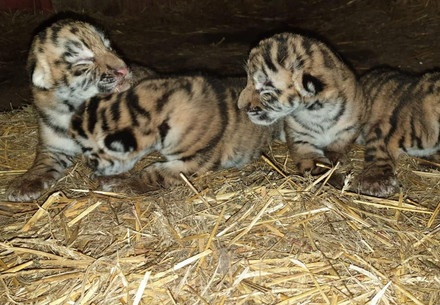 Undercover footage shows how tiger cubs are offered for sale