30th November 2020 – A Russian cargo plane, a four-tonne transport crate able to hold 200 litres of urine and a negative Covid-19 test for a wild animal: these are just some of the things global animal welfare organisation FOUR PAWS had to organise for the departure of the world's loneliest elephant. After months of preparation and more than 35 years of captivity, elephant Kaavan has started his journey from Marghazar Zoo in Islamabad to the Cambodia Wildlife Sanctuary in Siem Reap on 30th November. There Kaavan will live a species-appropriate life with other elephants. The historic wildlife transfer is implemented by FOUR PAWS in cooperation with the Pakistani authorities, American businessman Eric S. Margolis and the NGO Free The Wild, co-funded by Cher. Kaavan, together with the FOUR PAWS team, is expected to land in Siem Reap in the afternoon of 30th November. The release to his new enclosure is planned for 1st December.

For FOUR PAWS, the rescue of Kaavan was their first elephant transfer by air. Worldwide, only a handful of adult elephants have been relocated by plane. To prepare 36-year-old Kaavan for his departure, the FOUR PAWS team, consisting of veterinarians and elephant experts, spent about three months in Pakistan's capital Islamabad. Three times a day, the team practised with Kaavan the safe and stress-free entry and exit into and from the transport crate, which weighs around four tonnes.

“Kaavan quickly gained confidence in us and made great progress in a short time. In his case it not only took a village but a whole country to transfer Kaavan to Cambodia. Without the support of the Islamabad Wildlife Management Board, the Pakistani authorities and the local community, American businessman Eric S. Margolis as well as our partners from Free The Wild, this relocation would have not been possible.”

FOUR PAWS CEO Josef Pfabigan adds: “I am very proud of our organisation for making history with this rescue mission. FOUR PAWS raised international attention to show the suffering of countless wild animals in captivity. With Kaavan's transfer to a species-appropriate sanctuary, we demonstrate how life for so many animals can be improved which are still kept in substandard zoos around the world. FOUR PAWS stands for revealing suffering, rescuing animals in need and protecting them.”

Military escort and official farewell from the Pakistani President

A few days before Kaavan's relocation, Pakistan's President Dr Arif Alvi and the First Lady came to Marghazar Zoo to officially bid farewell to the elephant, originally a gift from Sri Lanka. On the day of departure, the Pakistani military monitored how the crane loaded the transport crate with Kaavan inside, weighing a total of eleven tonnes, onto a truck. FOUR PAWS, accompanied by a military escort, then took Kaavan to the Islamabad International Airport, where an Ilyushin Il-76, a Russian transport aircraft, was already waiting for the elephant and the rescue team. Kaavan will remain fully conscious during the approximately ten-hour flight from Pakistan to Cambodia, with a stopover in India. He travels with heavy luggage: 200 kilograms of food are available for him to snack on during the journey. In his transport crate, a tube system was installed to intercept up to 200 litres of urine. The FOUR PAWS team will accompany the elephant to his final destination and is also on board the cargo plane to continuously monitor Kaavan's health and safety.

The last animals of Marghazar Zoo

With Kaavan, another animal is leaving Marghazar Zoo, which is about to close its gates for good. Before that, FOUR PAWS, together with the Islamabad Wildlife Management Board, has already safely relocated three wolves, some monkeys and all the rabbits that also lived locked up in the zoo. Currently only two Himalayan brown bears, one deer and one monkey remain in the zoo. FOUR PAWS plans to bring the two former dancing bears Suzie and Bubloo to Jordan in mid-December. Together with the Princess Alia Foundation, FOUR PAWS runs the 'Al Ma'wa for Nature and Wildlife' wildlife sanctuary near Amman. American businessman Eric S. Margolis is providing financial support for the rescue mission of the bears and other animals. He has also paid half the cost of Kaavan's flight. Solutions for the remaining monkey and deer are currently being finalised.

From wildlife sanctuary to substandard zoo

The 28-hectare Marghazar Zoo was originally opened in 1978 as a wildlife sanctuary in the Margalla Hills in Islamabad but was later converted into a zoo. The zoo has been owned by the Pakistani capital Islamabad since its opening. Elephant Kaavan came to Pakistan as a gift from Sri Lanka in 1985. From 1990 on, he shared his enclosure at Marghazar Zoo with his partner Saheli, but since her death in 2012, Kaavan has lived a lonely existence. The zoo repeatedly made headlines because of its poor keeping conditions. Only in July 2020 shocking videos of two lions fighting a fire in their small enclosure appeared. Both big cats eventually died because of smoke inhalation. In recent years, over 500 zoo animals have been reported missing, and in the last four years alone, over two dozen animals have died at Marghazar Zoo. 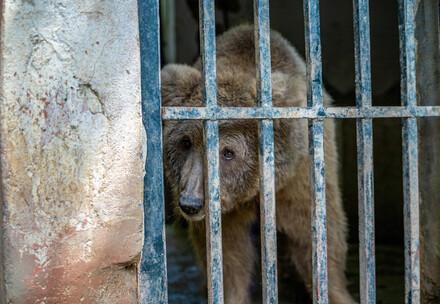 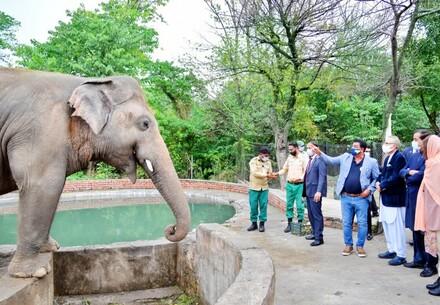 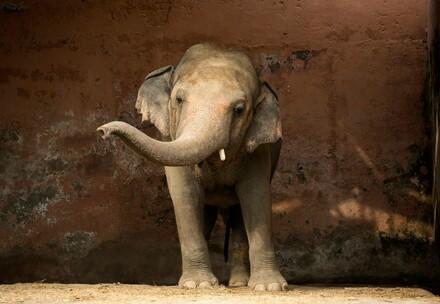