5th September 2020 – Elephant Kaavan, who has been kept in the Marghazar Zoo in Islamabad for 35 years and dubbed as the “world’s loneliest elephant”, has come one step closer to his rescue. On September 4, global animal welfare organisation FOUR PAWS, on behalf of Pakistani authorities, performed medical exams on the elephant to ensure Kaavan is well enough to be relocated. Following the checks, which confirmed Kaavan is strong enough, steps will now be taken to finalise his relocation to an animal sanctuary potentially in Cambodia. In May, the Islamabad High Court decided to close the controversial Marghazar Zoo because of its poor keeping conditions. FOUR PAWS was invited by the Islamabad Wildlife Management Board (IWMB), which is now responsible for the zoo, to support the safe relocation of the remaining zoo animals. Unfortunately, the rescue comes too late for two lions that died during an attempted transfer at the end of July after local animal handlers set a fire in their enclosure to force them into their transport crates.

Under the strictest safety precautions, the FOUR PAWS team, consisting of wildlife veterinarians and experts, performed Kaavan's examination. After the overweight bull elephant was sedated, the veterinarians took blood samples, measured him, and inserted a microchip in his left shoulder.

“Due to malnutrition and lack of physical exercise Kaavan shows visible signs of obesity. Also, his nails are cracked and malformed which can be attributed to the inappropriate flooring and structure of his enclosure. To solve this issue, he needs to go through a long-term foot care program, which cannot be performed in Marghazar Zoo,”

Dr Frank Göritz, head veterinarian at the Leibniz Institute for Zoo and Wildlife Research (IZW) in Berlin, adds: “A lack of physical and behavioural enrichments as well as the absence of a partner, have resulted in Kaavan becoming incredibly bored. He has already developed stereotypical behaviour where he swooshes his head and trunk from side to side for hours. Overall, the results from his blood tests are good and his general health condition allows him to be relocated.”

The loneliest elephant in the world

Kaavan came to Pakistan in 1985 as a gift from Sri Lanka. From 1990 onwards he shared his enclosure at Marghazar Zoo with his partner Saheli, but since her death in 2012, Kaavan has lived a lonely existence. In 2016 an international campaign was launched to save the pachyderm. When the court in Islamabad ordered the closure and eviction of the Marghazar Zoo in May 2020, IWMB decided that before Kaavan will be transported to an elephant sanctuary, he would have to undergo medical examination to determine whether his health would be at risk during a long-distance transport. Besides Kaavan, FOUR PAWS is also supporting the relocation of two former dancing bears kept in Marghazar Zoo, whose medical exams will be conducted on September 5. One of them, 17-year-old Suzie, is in critical condition after a tumour was surgically removed. FOUR PAWS offered to bring the bears to its own sanctuary, run with Princes Alia Foundation, in Jordan. The decision on the other zoo animals’ final destinations is still pending.

Dead lions and over 500 missing animals at Marghazar Zoo

The Marghazar Zoo in Islamabad has repeatedly made headlines because of its inadequate keeping conditions. In July 2020, shocking footage of two lions fighting a fire in their small enclosure surfaced. Both big cats eventually died as a result of smoke inhalation. In recent years, over 500 zoo animals have been reported missing, and in the last four years alone, over two dozen animals have died at Marghazar Zoo. Originally the 28-hectare zoo was opened as a wildlife sanctuary in the Margalla Hills in Islamabad in 1978. Since its foundation, the zoo has been owned by the Pakistani capital Islamabad. 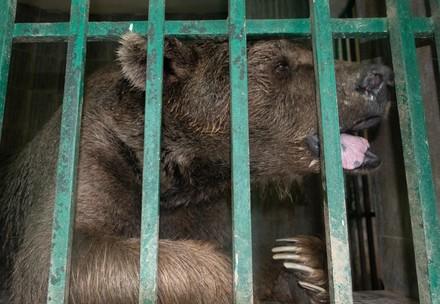 FOUR PAWS supports rescue of over 30 zoo animals in Pakistan

After the harrowing death of two lions 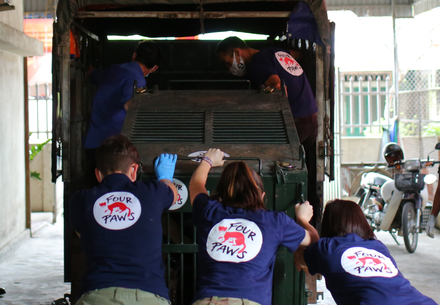 FOUR PAWS helps, when no one else does 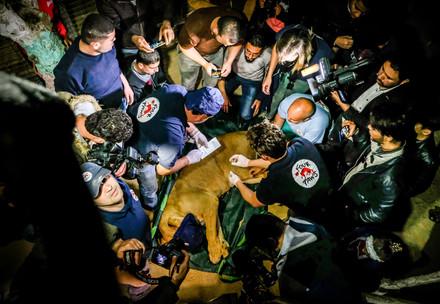