September 24, 2020 – According to media reports, lioness cub Lea, who was discovered by the German police in a car accident near Heidelberg at the beginning of September, is now expected to travel to a private buyer in Spain. Global animal welfare organisation FOUR PAWS had offered to take Lea, who is just a few weeks old, into one of its species-appropriate sanctuaries and is shocked by this decision of the responsible veterinary authorities. The transport papers and permits of the white lioness, originating from a Slovakian breeder, are deemed legal, and Lea will now be sent to a private wildlife collector in the region of Catalonia. For FOUR PAWS, Lea's case is further proof of the EU’s failure to protect big cats. The persistent lack of legislation and controls make Europe a hotspot for the legal and illegal wildlife trade. FOUR PAWS once again calls on the EU Commission to stop the out-of-control wildlife trade.

FOUR PAWS has offered the German police and responsible veterinary authorities several times to take Lea to one of its sanctuaries. There, wildlife experts and veterinarians would care for the young lioness' complex needs for the rest of her life. The white recessive gene is selectively bred in captivity and can lead to a number of serious health issues. White big cats are usually sold at a higher price and are used as crowd pullers at circuses, for selfies and as pets.

“The decision of the German authorities is more than disappointing for us. It is incomprehensible that a rare big cat, who is far too young to travel, is transported in completely unsuitable conditions across the EU without any consequences. Alarm bells should be ringing, but the German authorities seem to ignore them. We are worried of what will happen to the lioness when she is no longer a tiny cub. Lea will soon grow into a dangerous predator weighing several hundred kilos. Her final location should be a lifelong appropriate and respectable establishment, capable of offering the highest animal welfare standards and a species-appropriate environment,”

Throughout the EU, it is legal to breed and commercially trade big cats in captivity, both within Europe and for export throughout the world. Even keeping wild animals in circuses or as pets is still allowed in many countries, including Germany. Without thorough documentation of the number of big cats kept in captivity in the EU member states, and without control of the trade within the EU, the legal and illegal wildlife trafficking will continue to flourish. “Most EU member states do not have centralised databases. Official papers can easily be forged or sometimes cubs are not recorded at all. Big cats are seen as commodities and passed around for breeding, trade and exploitation. Only a comprehensive, EU-wide ban on the trade with big cats kept in captivity can prevent that these animals continue to suffer for profit,” says Dungler.

EU as a paradise for illegal wildlife smuggling

This story is yet another bizarre example of how easily exotic wild animals can be legally and illegally bought in EU countries and taken to other EU countries. This is due to insufficient controls and legislation in the EU. 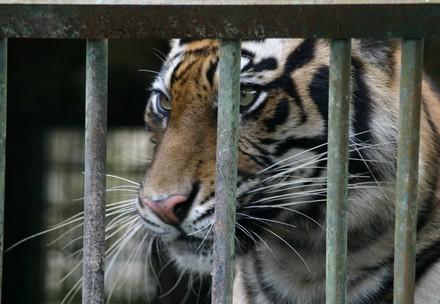 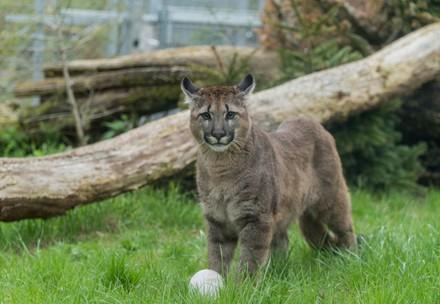