01.01.2022 – A new report published by global animal welfare organisation FOUR PAWS on 1 February, the start of the Chinese ‘Year of the Tiger’, reveals the extent of big cat farming in South Africa and how the country is contravening international wildlife trade agreements. The report states that the lack of effective regulations concerning the private breeding and commercial trade of live big cats from South Africa is perpetuating illegal wildlife trade and contributing to the decline of big cat populations across the globe.

Whilst the focus of the report is on the South African industry, it further emphasises the need for global change to protect endangered big cat species like tigers from extinction.FOUR PAWS urgesSouth Africa to end its big cat industry and reverse its role as an exporter of big cats and their parts.

The ‘Year of the Tiger?’ report includes Convention on International Trade in Endangered Species of Wild Fauna and Flora (CITES) Trade Database analyses, Promotion of Access to Information Act requests to Government authorities, and a limited number of site visits to breeding facilities. It reveals the extent to which South Africa has allowed the captive breeding of tigers for a commercial trade in live tigers and their parts whilst also stating that the number of tigers in South Africa remains unknown to the authorities.

“This commercial trade in tiger parts disregards agreements set out by CITES. Under the convention of CITES, parties have agreed on a decision that states that tigers should not be intensively bred for a trade in their body parts. It is clear that South Africa is overtly allowing tigers and other big cats to be intensively bred for a commercial trade in their body parts. This is unacceptable as the farming of tigers for commercial trade has detrimental effects on wild tiger populations. South Africa is playing a significant role in contributing to the decline of a species which is non-native to Africa. The country needs to shut down this industry to help reverse the decline of all big cats and not just the tiger.“

Kieran Harkin, Wildlife Trade Expert at FOUR PAWS and the principal author of the report

The illegal wildlife trade is prospering across the globe

Without effective regulation, illegal networks have been established and are prospering. “Breeders, taxidermists, agents, slaughterhouses, and foreign buyers – to name a few – are all active in exporting live animals, big cat parts and derivatives from South Africa to known wildlife trade hotspots around the world. Countries around the world should be alarmed by this. With countries uniting to help better protect big cats, South Africa needs to play its role in conserving big cats,” says Fiona Miles, Director of FOUR PAWS in South Africa.

The new report also evidences the significant commercial trade in live animals and their parts of other big cat species including, lions, leopards, and jaguars from South Africa.

“The lack of effective regulations, laws and monitoring of big cat trade in South Africa is sentencing these species to a life of commercial exploitation and to be killed so they can be used as luxury goods and in traditional medicine,” says Miles. “The lack of effective regulations for species like tigers combined with the existence of a legal captive lion industry and bone trade, has allowed a legal industry to flourish, whilst also acting as a conduit for an illegal trade."

Miles concludes, “South Africa needs to end the commercial breeding of all big cats and stop the export and commercial trade in live big cats and parts, including trophies. National legislation and international agreements should be re-examined since they are clearly not working. We have a responsibility to protect our own threatened species and prevent the exploitation of non-native big cats. If we do not, we put all big cat species at risk of one day, only existing behind bars." 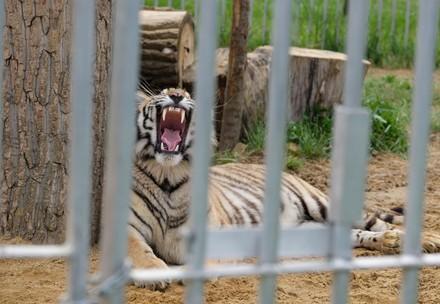 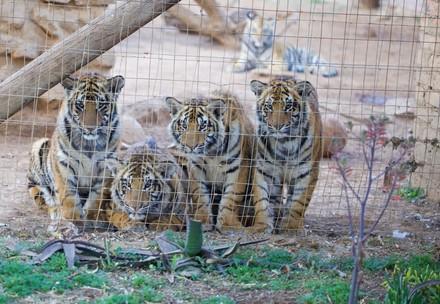 The vicious exploitation of big cats farmed in their thousands 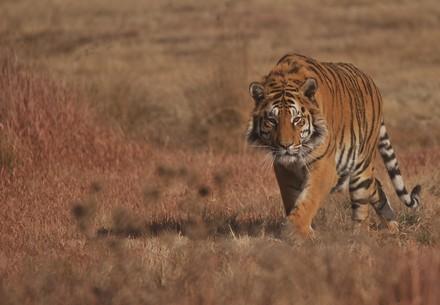 'Made in Europe': Bouillon cubes and wine from tiger bones