Dehli is a beautiful Bengal tigress, who began her life with brother Rhadja in a necessitous German zoo in 2001. Sadly, the tiger cubs did not begin life as they should have, and were suckled by a dog at the zoo! After the owner of the zoo could no longer feed the animals there, an animal rescue organisation stepped in and relocated the two 9-year-old tigers to the centre in the Netherlands. However, for Dehli and Rhadja, their life was not significantly improved, and when FOUR PAWS took over the centre they found the two tigers hidden in a small, dark enclosure, with no enrichment and between many other big and wild cats, they were shy, sad and stressed.

FOUR PAWS takes over the centre

Life for these animals finally took a positive turn, when the rescue centre was taken over by FOUR PAWS, it was re-named as FELIDA Big Cat Sanctuary. Over the next years, the two tigers flourished due to being provided with special care, proper food, medical treatments, enrichment, training and more space than they had ever known before.

In December 2019, Rhadja passed away at the age of 18 due to kidney failure. At first, Dehli was noticeably stressed and mourned the loss of her life partner and brother, she was very restless and her strength quickly declined. As her enclosure was surrounded by the lions at the centre, the team at FELIDA Big Cat Sanctuary concluded that alone, her stress from the confident male lions was increased following his death. Some important adaptations were made to her enclosure, including the fitting of new platforms and hiding places. Since these adaptations, her confidence has grown and she is much calmer and confident once again!

In April 2022, we had to let go of our tigress Dehli at the beautiful age of over 20.5 years. After Rhadja passed away, she was provided with customised elderly care and she still enjoyed life. However, in the paws few weeks, we saw her old age ailments on the rise: she lost more muscle mass, became thin, had a decreased appetite and her chronic kidney disease worsened. To spare her from further suffering, we had to provide her with the last deed of good care one last time and let her peacefully go.

Her joyful chuffs and one-of-a-kind character will be dearly missed by the FELIDA team, yet at the same time we are grateful how much we could do for her since her rescue. 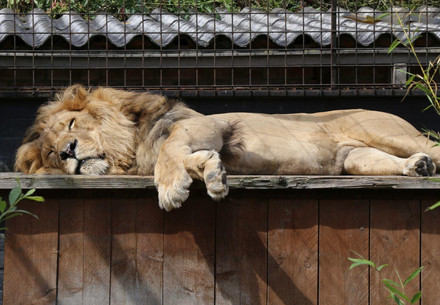 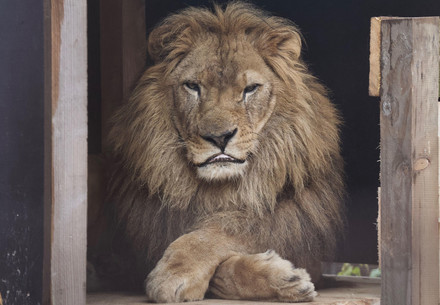 This lion is a true fighter: his story from 'Europe's worst zoo' to a happy life