At the beginning of the year, the Environmental Protection Agency of Montenegro (EPA) and local NGO “Center for the Protection and Research of Birds of Montenegro” (CZIP) embarked on an emergency rescue mission to find a five-month-old lion cub. He had escaped from his illegal private captivity in Montenegro.

After a week of intensive searching, the rescue team began to lose hope that they would find him alive. With the cold winter temperatures, the lion cub’s chance for survival was slim. Nevertheless, the search for him continued and after ten days, he was finally found – not a day too late. In the cellar of an abandoned old house lay a trembling, weak and malnourished lion cub, unaware of how much luck he had just had. Not only had he escaped the illegal trade of big cats and lions, but he was also found by the right people. Hunters had almost been deployed as a desperate last attempt to find the lion cub and end the escape for good.

Luckily, he was brought to a safe place and a group of dedicated volunteers and FOUR PAWS big cats experts gave him urgently needed medical support. The poor cub was no longer helpless and nameless. One of the animal caretakers who first looked after him gave him a special name – his own name, Nikola.

Shortly after he arrived, it was clear that this could only be a temporary solution for Nikola. He desperately need of a species-appropriate long-term home after the traumatic start in life. FOUR PAWS immediately agreed to take on the little rescue lion cub and offer him the care and surroundings he deserves. At FELIDA Big Cat Sanctuary in the Netherlands, Nikola has the chance to live his life to the fullest in a species-appropriate enclosure.

It is unclear what happened to his mother, but he was probably taken from her far too young. He had to grow up all on his own. Unfortunately, Nikola is no exception and many cases exist in which lions and other big cats are offered for sale or as entertainment.

Stay tuned for more updates on Nikola and how he settles in at FELIDA. 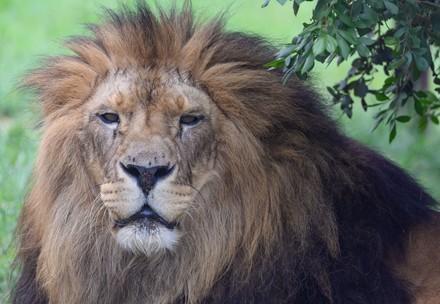 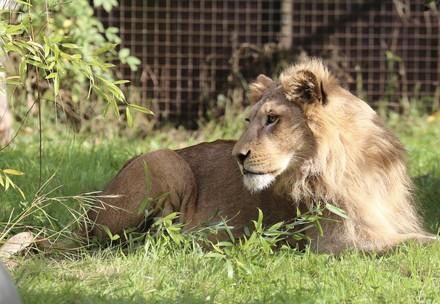 From sadness to safety: Simba and his siblings found their new home!