For more than two years and counting, we all continue to witness first-hand that the world as we knew it changed when the novel coronavirus (COVID-19) became a pandemic. It came as no surprise to many scientists who, for a long time, have warned us that the way we interact with nature poses a serious risk factor in the emergence of infectious diseases. Nor will they be surprised when the next one comes along. One of the many insights that my role as a Campaign Coordinator in the Wildlife Trade Unit at FOUR PAWS is allowing me to understand is that, with the existing gaps that remain to be addressed, it is not a question of 'if' but of 'when' the next pandemic comes our way.

Human health cannot be viewed in isolation, it is closely and equally intertwined with the health of animals and the environment as a whole. Among the multiple lessons to be learned from the invisible threat that continues to permeate every corner of our daily lives, the most prominent of all is the undeniable interconnectedness of nature and our unhealthy relationship with it. One of the consequences of the environmental degradation caused by human activities and the way we interact with other species is that emerging infectious diseases are increasing in frequency and severity over time.

According to the One Health Joint Plan of Action launched by the Quadripartite, more than 60% of emerging infectious diseases in humans are of zoonotic origin, in other words, of animal origin, and most of these zoonotic diseases (around 70%) originate in wildlife. International wildlife trade and wildlife trafficking have both been widely recognized as contributing to the risk of zoonotic disease emergence and spread, and yet it still remains untackled.

But what is the link between wildlife trade and pandemics? Any activity involving close contact between wildlife, livestock and humans increases the risk of a spillover event, including wildlife trade. Lack of animal welfare, hygiene and the mixing of species in commercial wildlife trade, to name just a few, create the ideal conditions for the spread of pathogens and thus contributes to the emergence and transmission of zoonoses. When these conditions are coupled with, for example, the commercial big cat industry in South Africa, where tigers and lions bred and kept in farms interact directly with humans through activities such as tourism, recreational hunting or bone and trophy exports, there are extensive opportunities for zoonotic spillovers.

A 2020 study showed that 63 pathogenic organisms, some of which are transmissible to humans, and 83 clinical symptoms and diseases associated with these pathogens were found in captive lions on South African breeding farms. Further, the OIE Situation Report 12, released in April 2022, saw instances of SARS-CoV-2 found in captive lion and tiger populations. At this rate, we will continue to play “Russian roulette” with pandemics until we address their root causes, and CITES, as the Multilateral Environmental Agreement regulating international trade in wildlife, has the potential to play a crucial role in preventing them at source.

This November, at the CITES CoP19 Conference, the role of CITES in reducing the risk of future zoonotic disease emergence associated with international wildlife trade will be discussed. Côte d’Ivoire, Gabon, The Gambia, Liberia, Niger, Nigeria and Senegal proposed several immediate actions to mitigate such risk and recognized the importance of implementing a One Health approach to wildlife trade (CoP19 Doc. 23.2). Members of the European Parliament also emphasized the crucial role that CITES should play as the world’s wildlife trade regulator and highlighted the link between global wildlife trade and the risk of transmission of zoonotic diseases from animals to humans.

FOUR PAWS will be at CoP19 calling on Parties to adhere to the Precautionary Principle and adopt a One Health approach when implementing the Convention to ensure that, together with other relevant international bodies, CITES plays a role in preventing and mitigating the risks of zoonotic diseases associated with wildlife trade. If you want to read more about the FOUR PAWS asks on this topic, read our recommendations below.

Pandemics and Animal Welfare Recommendations to the CoP19 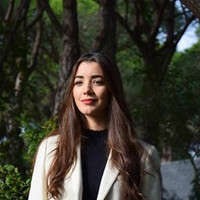 Andrea has been employed at FOUR PAWS/VIER PFOTEN International since 2022 as Campaign Coordinator for the Wild Animals in Trade Unit. Prior to this position, she worked as a Legal intern at the CITES Secretariat as well as for several other wildlife conservation organisations. Andrea holds an LLB and an LLM in Public International Law, Environmental Law, and the Law of the Sea, and has worked in the field of wildlife conservation for over 2 years. In her current role she supports Wild Animals Campaigns, particularly by leading the development of a report for the Pandemics and Animal Welfare campaign. 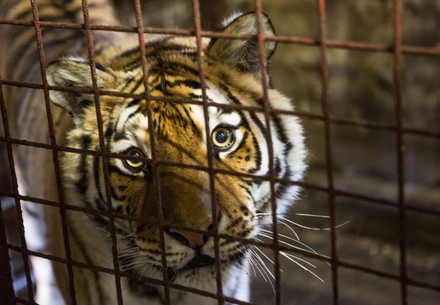 Saving Big Cats: Why We Need a Total Closure of the Commercial Big Cat Industry in South Africa 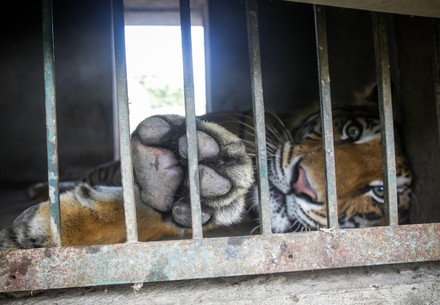 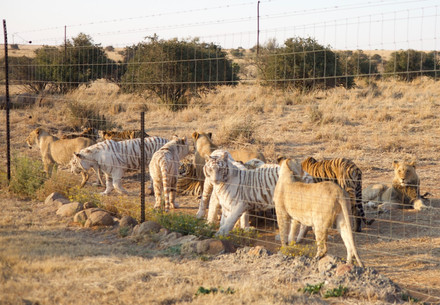 CITES CoP19: The conference deciding the future of big cats

A blog post by Vanessa Amoroso, Head of Wild Animals in Trade at FOUR PAWS