At the beginning of 2020, our local partners the Princess Alia Foundation (PAF), the Petra tourism authority (PDTRA), and FOUR PAWS had big plans to continue the work we had started 5 years ago – to continue to improve the health and working conditions of the working horses, donkeys and mules in Petra park, Jordan.

However, despite eight planned interventions in 2020, the COVID-19 pandemic and lockdowns caused Jordan to close its borders and the seventh World Wonder to close its gates.

From one day to another the working horse, donkey and mule owners were left with no income and had to somehow survive. Obviously with no income not only did the families suffer but also the animals they had to take care of. Although the 'working load' was reduced due to the lack of tourists, some equines still needed attention in the form of medicine. Unfortunately, also the Equine clinic in Petra was closed, but we were in touch with local helpers who we knew could help. These helpers sent us pictures of horses that needed care but were not able to receive certain medication.

Apart from our work on-site we are strongly hoping for the promised club cars which were supposed to be delivered at the beginning of the year – they are to replace the horse carriages which were causing additional suffering of the animals. These are still on the agenda and are planned to be imported at the end of the year.

We thank you for your support, so that the good work on the ground can be continued.

Stay tuned below for further updates! 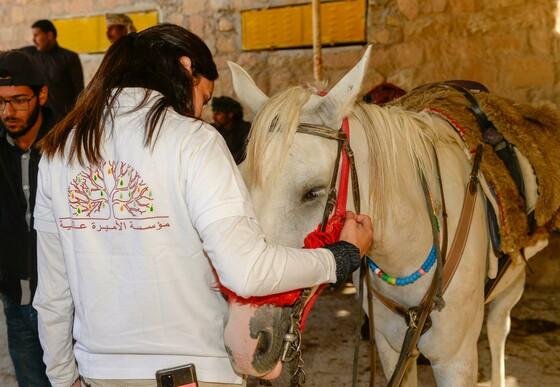 Back onsite for castrations and tooth rasping

The 3rd intervention of the year and the 2nd one after the lockdown has proven again successful – the 17 tooth rasped horses will now be able to feed without any problems and will not have to suffer colics or wounds due to irregular-shaped teeth, and six horses were castrated within two days. 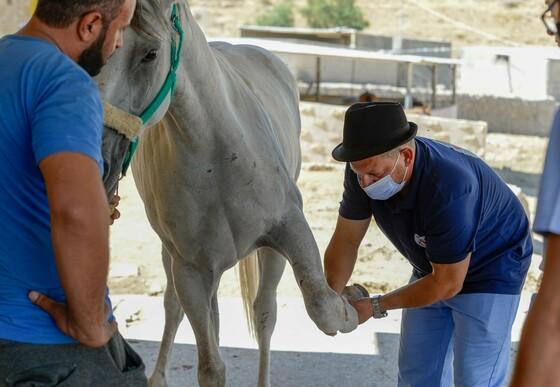 The programme restarts after lockdown

After several months of hardship, together with PAF and the PDTRA (tourism authority), our team visited Petra park to restart the programme. The team provided vet checks on all equines that have various ailments or symptoms as well as gathering data on how the animals have fared in the last few months. In only two days, they were able to treat a total of 83 horses – 22 horses received general health checks, 44 horses had pregnancy diagnosis and professional farriery was provided to 17 horses.

Even though our local partners, PAF, weren’t allowed to travel within Jordan, we decided to support several horses with medication and consumables so that they wouldn’t suffer – so two boxes of urgently needed medication were sent down to Petra park. 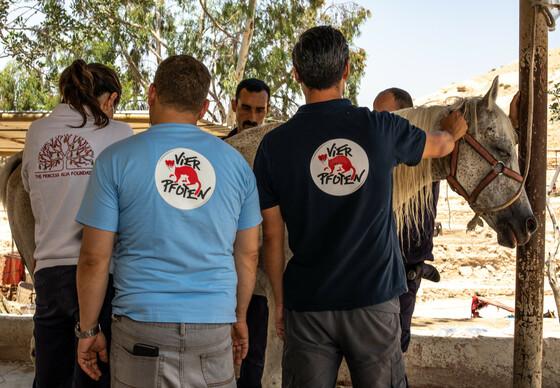 The intervention began promisingly with the diagnosis of several mares (pregnancy diagnosis), as well as the treatment of several horses who showed signs of lameness and colics.

Find out more about our work to make life better for the working horses of Petra park, Jordan here.