25 October 2021 – Global animal welfare organisation FOUR PAWS has welcomed an eleven-year-old tiger named Tsezar at its Dutch FELIDA Big Cat Sanctuary after a three-day-transfer from Ukraine, on 22 October. The Ukrainian authorities confiscated Tsezar and five other tigers in early 2020 after they found them starving at an abandoned private club. The tigers had been abused for entertainment and commercial trade for years. Tsezar was relocated temporarily to a wildlife sanctuary in Kiev, where he began to recover. Since the space is too small for a tiger long-term, FOUR PAWS offered to take Tsezar into its care and now provides a lifelong, species-appropriate home for him.

In light of an upcoming ban on the use of certain wild animal species for entertainment purposes in Ukraine coming into force in November 2021, FOUR PAWS urges the Ukrainian government to also properly control breeding and trade of wild animals, and ban the use of wild animals in circuses.

In the past, Tsezar was used for intensive breeding with a tigress that was supposedly his sister. She died before she could be transferred to FELIDA as well.

“The cubs that were bred in these awful conditions were hand-raised so they would be easy to sell. This cruel animal abuse only stopped because the owner abandoned the tigers and animal activists notified the authorities. He did not face any legal consequences, which is unacceptable. We urge the Ukrainian authorities to prevent such cruelty by implementing more comprehensive and stricter legal regulations on wild animal protection.”

Prior to his rescue, Tsezar was kept in a tiny 10m² cage at a private club that flooded regularly when the water level rose in the river it was located above. The six tigers at the private club were fed fish waste and had only limited access to clean drinking water. After Tsezar’s journey of around 2,000 kilometres from Kiev to the Netherlands, the experienced team at FELIDA Big Cat Sanctuary will now determine his future care so he can recover further in the species-appropriate surroundings.

“Tsezar is one tiger that got a second chance at a species-appropriate life and we are happy we could make that happen, but we really need to bring attention to the bigger picture: an estimated 1,600 tigers live in captivity in Europe alone, compared to around 3,900 left in the wild. We reveal suffering, rescue animals in need like Tsezar and protect them, but we can only put an end to this cruelty if governments globally ensure that there is a worldwide ban on the commercial trade of live big cats and their body parts,” says FOUR PAWS CEO Josef Pfabigan.

Despite positive developments in and outside of Europe, including Ukraine, towards better wild animal protection laws, many tigers and other wild animal species are kept and bred privately in inappropriate conditions in circuses, for photo ops or in private yards around the world. They are cruelly abused for their body parts, their skin and bones, as pets and for entertaining humans.

FELIDA Big Cat Sanctuary in the Netherlands is one of multiple wild animal sanctuaries that FOUR PAWS runs worldwide. It functions as a special care facility for physically and mentally traumatised big cats. The big cats that recover from the hardships of their past can be transferred to LIONSROCK Big Cat Sanctuary in South Africa. Animals that need lifelong intensive and special care, stay at FELIDA. Including new arrival Tsezar, the sanctuary currently provides a species-appropriate home for eight lions and two tigers. 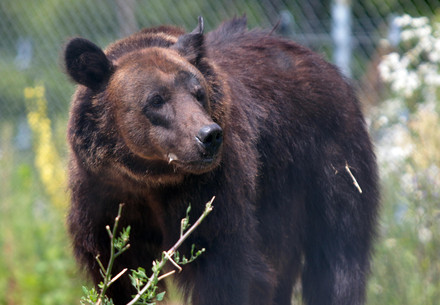 Kvitka now has a future without having to fight 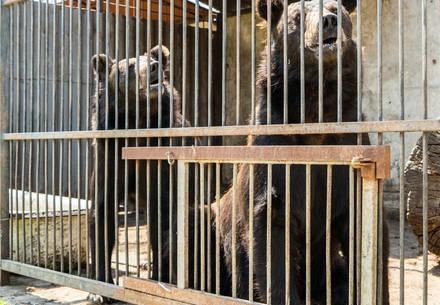