Siem Reap/Vienna, 24 August 2022 – It has been almost two years since Kaavan, the “loneliest elephant in the world” made headlines all across the globe. In a spectacular effort, global animal welfare organisation FOUR PAWS rescued the 38-year-old elephant from a run-down zoo in Pakistan and relocated him to Cambodia Wildlife Sanctuary for elephants in December 2020.

On 22 August, Kaavan’s rescuers from FOUR PAWS paid him the first visit since his arrival in Cambodia and were welcomed like old friends – with a raised elephant´s trunk. Veterinarian Dr Amir Khalil spent weeks with Kaavan in 2020, preparing him for the super-size plane transfer, and forming a bond with the elephant. Since then, Kaavan has regained his natural behaviours and lives near other elephants in a spacious jungle enclosure. Gone are the sad and lonely days from his past.

FOUR PAWS veterinarian Dr Amir Khalil, who has led FOUR PAWS “heaviest” animal rescue mission so far: “Rescuing Kaavan back in 2020 has been one of the most memorable moments of my entire life. Before coming here today I often thought how Kaavan would react when he sees me. When I approached I could tell, that he is doing so much better than when we have last met, 18 months ago. Kaavan looked me in the eyes, and then suddenly, he raised his trunk as if to greet an old friend. I could not help but singing to him the same song I had sung before I left back then, My way by Frank Sinatra.”

“It’s great to see Kaavan doing so well. Everyone who contributed can be proud of having secured a good life for him. However, a lot remains to be done for other animals in captivity. FOUR PAWS will keep up the direct work for animals in need. We will also keep up the policy work on the ground. The connection between policy decisions, animal welfare and human lives needs to be pointed out over and over.”

Kaavan came to Pakistan as a gift from Sri Lanka in 1985. From 1990 on, he lived with his partner Saheli, but since her death in 2012, Kaavan lived a lonely existence as the last Asian elephant in captivity in Pakistan. In May 2020, the Islamabad High Court decided that all animals living in Islamabad Zoo had to be relocated to sanctuaries, leading not only to the rescue of Kaavan but 38 other animals that FOUR PAWS relocated to species-appropriate new homes.

To prepare Kaavan’s historic transfer, the FOUR PAWS team practised with him the safe and stress-free entry and exit into and from the transport crate. Dr Khalil also used creative methods to keep Kaavan calm by serenading the elephant with Frank Sinatra’s ‘My Way’. Worldwide, only a handful of adult elephants have been relocated by plane. For FOUR PAWS it was the first elephant air transfer. 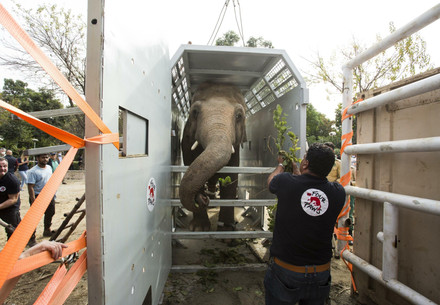 From the loneliest to the luckiest elephant: Kaavan takes off for Cambodia

For the first time FOUR PAWS moves an elephant by air 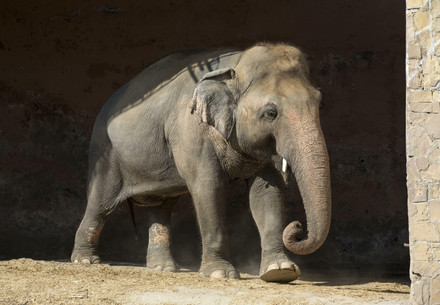 Our heaviest rescue to date – after years of isolation for the Asian elephant Kaavan, his loneliness finally ends!