3 March 2021 – In light of today’s World Wildlife Day, global animal welfare organisation FOUR PAWS, together with Eurogroup for Animals, is calling for an EU-wide ban on the use of wild animals in circuses within the newly launched, joint “Stop Circus Suffering” campaign. An aligned ban on wild animals in circuses across the entirety of the EU is the only solution to mitigate the gaps in cross-border movement that are still possible under national bans, and that are often exploited at the expense of the animals welfare.  A new opinion poll conducted in several EU countries confirms that 68 percent of Europeans share this sentiment.

23 out of 27 Member States have already adopted national legislation restricting the use of either all, or exclusively wild, animals in circuses, reflecting the public’s position on ethical and animal welfare grounds. In some countries, like Greece and Malta, no animals at all are allowed to perform in the circus ring. However, France, Germany, Italy and Spain do not have any national restrictions, and the Czech Republic, Finland and Hungary have only adopted restrictions on the use of some species of wild animals. There is widespread acknowledgement by veterinarians, animal behaviour experts and governments worldwide that the constant travelling and temporary accommodation will always compromise the wellbeing of animals in circuses.

“In circuses animals spend their life in transport wagons and small temporary enclosures. Under these conditions species like elephants, giraffes, tigers or lions can’t express their natural behaviours that are vital for their wellbeing. Moreover, human handling and forced performances of unnatural behaviours are daily routines in the circus environment and detrimental for wild animal welfare,“

Majority of European citizens against animal suffering in circuses

Eurogroup for Animals commissioned an opinion poll toSavanta ComRes in February 2021, who interviewed citizens from countries with inadequate or no wild animal regulations like Czech Republic, France, Germany, Hungary, Italy, Poland and Spain. The results clearly show that the time has come for this cruel entertainment to end within the EU:

“Only an EU wide ban can guarantee the end of this outdated entertainment and provide a coherent and effective solution to the physical and emotional suffering of wild animals in circuses. The Commission should take the wishes of EU citizens very seriously and use their powers to finally end this unnecessary suffering while confirming the EU as the international leader for animal welfare,” comments Reineke Hameleers, CEO, Eurogroup for Animals.

Nearly one million citizens have already signed an international petition calling for an EU-wide ban of the use of wild animals in circuses The “Stop Circus Suffering” campaign will keep backing the strong public support and move a step further by bringing this request at the institutions level. Find out more about the campaign here. 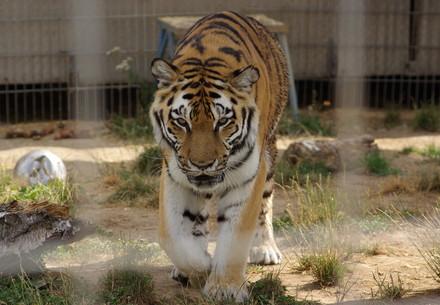 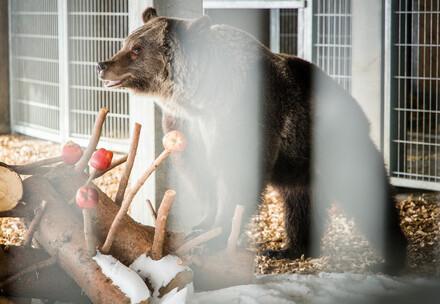 From the bleak Ukrainian circus to the snowy Swiss Alps