In over 150 nations, rabies is thought to kill 59,000 people each year, with 95% of cases taking place in Asia and Africa, while 99% of all transmissions originate from the bite or scratch of an infected dog, according to the World Health Organisation (WHO).

Professor Louis Nel, Executive Director of GARC, said, “We may not be able to easily change habit or culture, but we should ensure compliance with proven animal disease prevention measures and stop the smuggling of dogs, to limit the spread of rabies, an endemic disease across Asia. These traders are driven solely by profit and are disregarding the risks to human and animal health.

“The public health threat of rabies can be eliminated by mass dog vaccination programmes, strict dog movement controls, and reducing human exposure to infected dogs, all of which are undermined by the illegal dog meat trade.”

Over the past two years alone, FOUR PAWS has vaccinated 17,844 dogs against rabies in Southeast Asia, as well as raising awareness to pet owners of the importance of vaccinating their dogs. FOUR PAWS has concluded that the movement of unvaccinated, unquarantined animals destined for the dog and cat meat trade exacerbates canine rabies spread and undermines efforts to contain the disease. Indicating that rabies elimination is unlikely without an end to the dog and cat meat trade.

The COVID-19 pandemic exposed the obvious weaknesses of the health systems, while it also highlighted the need to recognise that human health is closely connected to the health of animals and our shared environment.

In response to the pandemic, last December, at a special session of the World Health Assembly (WHA), there was an agreement to develop and put in place an international instrument on pandemic prevention, preparedness, and response. This agreement is now being negotiated between WHO Member States. In July, a working draft was produced with the aim of having the instrument adopted by 2024, which is when WHA wants to begin the implementation phase. The final text of the instrument will be presented as a status report at the 76th World Health Assembly in 2023.

Dr Karan Kukreja, Head of Companion Animals Campaigns Southeast Asia, said, “To prevent the next pandemic, the WHO pandemic instrument needs to be aligned to the One Health strategy, including recognising the link between animal welfare and human health and putting animal welfare at the very heart of the Treaty.

“The survival of humans depends critically on the welfare of animals. According to scientific studies, zoonoses, or diseases originating in animals, account for 75% of emerging infectious diseases. Moving forward, we must have a paradigm shift regarding how we treat animals and the UN World Rabies Day theme of “Rabies: One Health, Zero Deaths” really highlights this.”

Kukreja concluded by saying that, “The institutions that support and deal with rabies control programs are vital for other zoonotic diseases, particularly those that have pandemic potential. Rabies control programmes provide a perfect example of One Health implementation. An essential part of maximising the effectiveness of rabies control includes ending the dog and cat meat trade.”

GARC's mission is to prevent human deaths from dog-mediated rabies and relieve the burden of rabies in other animal populations, especially dogs. GARC aims to eliminate human deaths from dog- mediated rabies by 2030, by working with governments, communities and civil society to facilitate policy change, strengthen health systems and build local capacity to eliminate rabies in areas hardest hit by the disease. https://rabiesalliance.org/world-rabies-day

The One Health High Level Expert Panel (OHHLEP) defined a One Health approach as “an integrated, unifying approach that aims to sustainably balance and optimize the health of people, animals, and ecosystems. It recognises that the health of humans, domestic and wild animals, plants, and the wider environment (including ecosystems) are closely linked and inter-dependent.”

Brazil, Egypt, Japan, Netherlands, South Africa, and Thailand comprise the bureau of WHO’s Intergovernmental Negotiating Body to draft and negotiate a WHO convention, agreement or other international instrument on pandemic prevention, preparedness, and response. 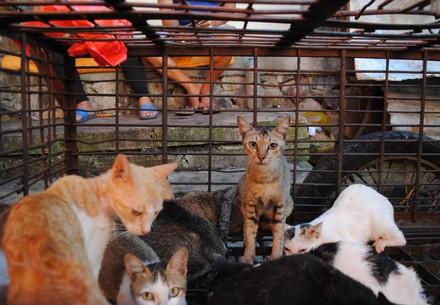 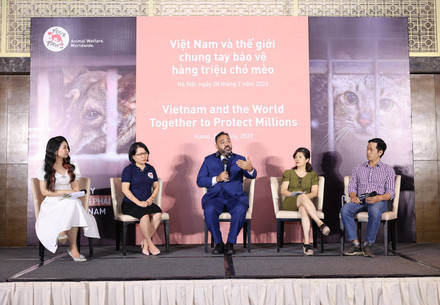 33,000 Vietnamese Citizens and Residents Call For An End To The Dog And Cat Meat Trade 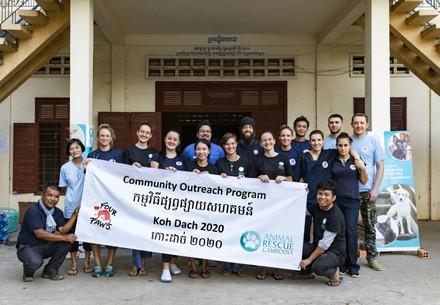 Medical care for over 500 animals in Cambodia