21 December 2020 –Global animal welfare organisation FOUR PAWS has launched an emergency relief mission on 18 December to provide ten tons of food for starving dogs in overcrowded shelters in Moldova. The number of stray dogs in the country has spiralled out of control in recent years, with over 20,000 stray dogs living in the Greater Chisinau area alone. As Moldova’s borders are currently closed due to the ongoing COVID-19 pandemic, FOUR PAWS is working with local partners to collect and distribute ten tons of food, equivalent of over 60,000 meals for stray dogs living on the streets and in the shelters. Additionally, FOUR PAWS has rescued five puppies in need of urgent care from a notorious shelter. FOUR PAWS plans to support the implementation of an effective and humane and sustainable stray animal population control program in Moldova from 2021 onwards.

Due to the lack of sustainable dog population control measures in the country, Moldova saw the numbers of dogs roaming the streets and suffering in overcrowded shelters explode in the last two years. FOUR PAWS estimates tens of thousands more stray dogs that live beyond the capital city. The recent economic crisis, non-existent veterinary care for pets and huge numbers of abandoned dogs have worsened the situation in addition to the challenges presented by COVID-19. COVID-19 border closures in Moldova have prevented the FOUR PAWS team from caring for the animals on-site, however, they have mastered the logistical challenge and mobilised local food producers, animal welfare organisations and shelter workers to come together in a collaborative effort to help the stray animals. Together, they will distribute food amounting to over 60,000 meals to five shelters in the capital city of Moldova starting on 18 December as a first urgent action.

“Every day, new dogs are dumped on the doorsteps of the already overflowing shelters. The abuse and suffering is immense. While we are trying to save as many dogs as possible from starvation with our food donation,  only a sustainable  and humane dog population management programme that includes CNVR (Catch-Neuter-Vaccinate-Return) for stray animals, sterilisation for pets, community engagement and education on responsible pet ownership will produce lasting results,”

FOUR PAWS plans to help set up a CNVR programme and local team in Moldova in 2021.

Additional to providing food, FOUR PAWS has also rescued five dogs from the infamous Necropolis shelter in Chisinau. The shelter, which is located outside the city next to a rubbish dump, has been used for decades to kill stray dogs in the most inhumane ways. It currently holds over 1,000 dogs in deplorable conditions. The rescued puppies are extremely weak and would not have survived for long if left there. “The dogs in the shelter have only the most basic protection from sun or rain, no comfortable resting place and only a small meal once a day. They are not exercised, have very limited interaction with the shelter staff and no enrichment to prevent the boredom of being locked away all day. There is also no hope of them ever being adopted without an active shelter adoption programme. Due to the large group housing of up to 50 dogs in one enclosure, they often kill each other out of stress. All of this causes immense animal suffering,” says Rowlings. FOUR PAWS’ local partners took the rescued puppies straight to the vet for treatment and vaccinations. They are now recovering at a boarding kennel. As soon as the Moldovan borders open again, FOUR PAWS will bring them to its partner shelter Speranta in Romania for adoption into loving and responsible homes. While FOUR PAWS could rescue five puppies from their sad fate, thousands of dogs still suffer at Necropolis shelter and in the rest of the country. Only a humane dog population management programme that includes an adoption programme, as suggested by FOUR PAWS, can improve the lives of many more suffering dogs in Moldova. 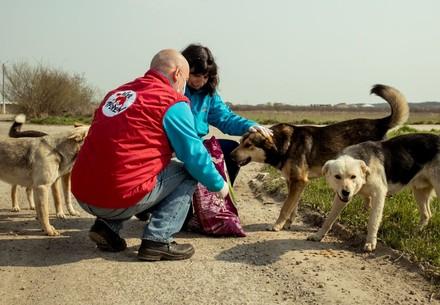 What a pandemic means for stray cats and dogs 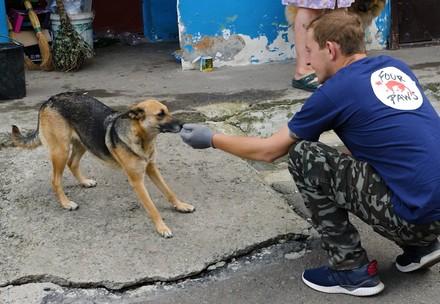