Indonesia, 26th November 2021 – A man suspected of being a dog meat trader on the Indonesian island of Java has been arrested, and a delivery truck packed with 53 dogs intercepted, as part of the country’s first ever large-scale police raid on an illegal dog meat slaughterhouse.

He is suspected of allegedly being at the centre of the dog meat trade has a history of such activities spanning more than 20 years, while coordinating shipments of hundreds of dogs for slaughter every month and killing on average 30 dogs every day. Campaigners from the Dog Meat Free Indonesia (DMFI) coalition, which campaigns for a nationwide ban on the dog and cat meat trade, were at the scene to help rescue any dogs found alive.

Campaigners found the 53 dogs tied up in hessian sacks, their mouths tightly bound with string and cable ties. Most of the dogs were emaciated, and less than one year of age, and one dog had sadly died on the gruelling journey.

Dr Karanvir Kukreja, Head of Public Campaigns (Companion Animals) Southeast Asia for FOUR PAWS' Ending the Dog and Cat Meat Trade Campaign, hoped it would be a “turning point” in the fight against the dog meat trade in the region.

Dr Kukreja stated, “The shocking and criminal events that we have witnessed as well as the positive actions taken by the Sukoharjo authorities must be a turning point in fighting against this outlawed, outdated, and cruel trade. The positives we can take out of this awful situation are that law enforcement and campaign groups are ensuring that this illegal trade is coming to an end. For traders there will be no place left to hide to continue their criminal practices in the very near future.”

Mr. Tarjono Sapto Nugroho, Head of Crime Investigation of Sukoharjo Police says: “We receive many complaints about illegal dog meat traders’ operations. People do not want this trade or slaughter in their communities. Dogs are friends, not food.

“The trade is already illegal and is strictly prohibited by Islamic law. Dog meat consumption is considered culture by some, but cultures evolve and so must we. So, we initiated this interception and confiscation to protect our communities and to support the Central Javan government’s efforts to eradicate the dog meat eating culture and trade.”

52 dogs were rescued from the slaughterhouse and received emergency veterinary treatment from the DMFI team before travelling to DMFI’s temporary shelter where they will receive loving care to get them back to health, tragically one dog died during the ten-hour journey. 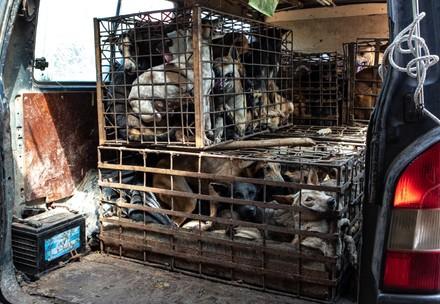 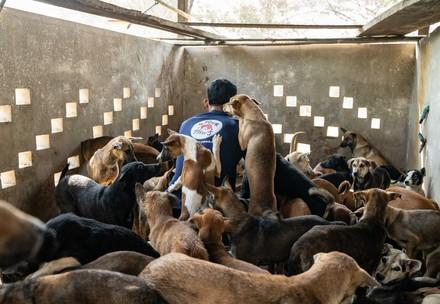 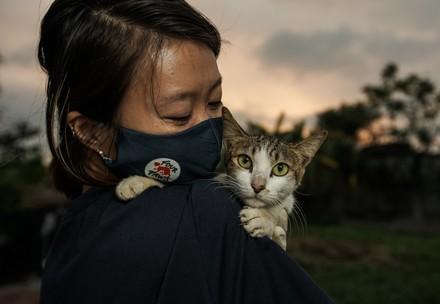