Beirut, 18th June 2021 – Global animal welfare organisation FOUR PAWS, together with local NGO Animals Lebanon, rescued two Syrian brown bears, affectionately known to the team as the “Beirut Bears”, from inadequate conditions in a private Lebanese zoo. Due to the economic collapse, civil unrest, and the global pandemic the previous owners of the 18-year-old bears were not able to provide them with proper food and medical care. With the help and generous support of the Karmagawa Foundation, FOUR PAWS is able to fly the rescued bears in the cargo hold of an Emirates passenger plane – with a brief layover in Dubai – to the United States. There they will find a species-appropriate forever home at The Wild Animal Sanctuary, located near Keenesburg, Colorado.

FOUR PAWS met the two brown bears for the first time in November 2019, when the team conducted an emergency mission to care for several wild animals kept in two zoos in the south of Lebanon. Trapped in tiny cages, some smaller than a ping-pong table, the bears had no water, sporadic food, and inadequate shelter from the weather. Both bears not only suffered from malnutrition but also extreme stress and displayed severe behavioural disorders. FOUR PAWS had planned to relocate the bears in early 2020 but due to political unrest, the beginning of COVID-19-related boarder shutdowns, and then the horrific explosion in Beirut, those plans were thwarted. However, FOUR PAWS has continued to provide medical care and nutrition for the bears who were placed in the care of Animals Lebanon.

“We are so very thrilled that this rescue mission is finally happening. Through our expertise, and the expertise of our partners, Animals Lebanon and The Wild Animal Sanctuary, we can dramatically change the lives of these two bears and provide them with a species-appropriate home for the rest of their lives,”

FOUR PAWS is partnering with three organisations on either side of the “Beirut Bears” rescue. In Lebanon, FOUR PAWS collaborates with Animals Lebanon, an organisation improving the welfare of animals through comprehensive national animal protection and welfare legislation. Then, the crucial puzzle piece to this global relocation was finding a final destination and species-appropriate home for the bears. The Wild Animal Sanctuary in Colorado was the perfect fit. It is the largest, and oldest, non-profit carnivore sanctuary in the world, with over 600 rescued animals including lions, tigers, bears, wolves, leopards, and other large carnivores. The bears will make the 7,559 mile journey from Lebanon to Colorado thanks to the financial support of the Karmagawa Foundation, a charity community that has contributed more than $6 million in donations to over 70 charities to build schools, libraries and medical centres, feed children and communities in need, and protect the environment and the world’s animals.

Experts in the field

FOUR PAWS has a long history of rescues particularly animal transports from areas of conflict or destruction. Between 2016 and 2019, the FOUR PAWS team evacuated three zoos in the Gaza Strip. In 2017, FOUR PAWS rescued 13 animals from an amusement park near Aleppo in Syria, as well as the last two surviving bears and lions from a zoo in Mosul, Iraq. FOUR PAWS was also on the ground in Beirut after the disastrous port explosion bringing in much needed food and supplies, providing veterinary care and assisting the reunification of many pets with their owners. At the end of 2020, FOUR PAWS, together with US superstar Cher, transferred Kaavan, the world’s loneliest elephant, from Pakistan to Cambodia. 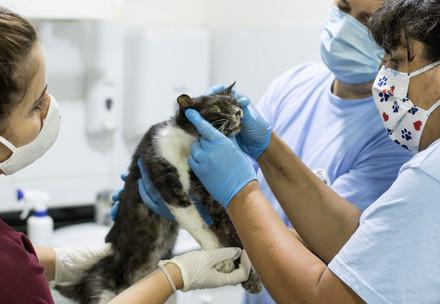 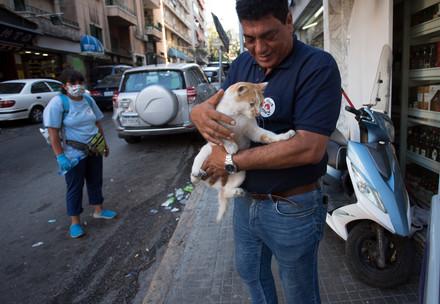 Injured and traumatised animals in Beirut 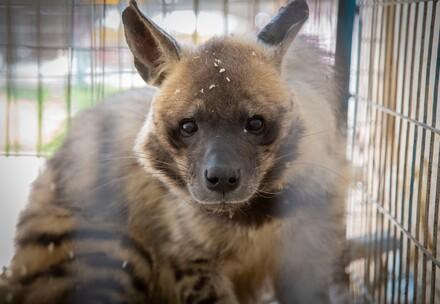