After months of work led by our local partners 'Education for Nature Vietnam', three illegally kept bears from a bile bear farm in Nghe An province were confiscated by the authorities on 30th of May. For our team in Vietnam, this rescue came unexpectedly, and they only had a few hours to prepare. The mission - carried out under intense pressure - was an extreme experience for everyone involved.

Fortunately, the three bears are now safe in our BEAR SANCTUARY Ninh Binh!

"It was the most extreme situation that our team has had to deal with so far. The whole team was amazing and didn’t falter, although it was an incredibly stressful and difficult situation."

How they got there names?

The two female bears were named Lulu and Lili by FOUR PAWS Viet. For the male bear we asked the FOUR PAWS facebook community for their help to pick one of these two options for the male:

His character is as followed:

14th of June: He has really settled a lot over the past couple of days, and his playful personality is showing through. He loves water and having showers so much that it is difficult to clean his cage and fill his water bowl because he continuously dive-bombs the hosepipe. He likes to put his whole face in the water bowl to drink. He loves banana leaves and the hessian bags we give him for bedding, but they are always really scary at first, and he slaps at them with his paws until he realises they aren’t going to hurt him, and then he is rolling around on the floor with them. He steals hessian bags through the bars also from his neighbour Lulu.

Now all bears have names: Lili, Lulu and Lac

The three  bears, Lulu, Lili and Lac, moved into the bear house a couple of weeks ago. We were immediately able to integrate them as they had shown very positive behaviour towards each other during the quarantine period. All three bears arrived at the sanctuary absolutely terrified, with Lulu in particular reacting to every movement and sound for weeks. At this age in the wild they would usually still be with their mother. It has taken us months of careful trust building work between caretakers and bears (plus copious amounts of honey) but we have seen such a significant positive change in these little bears demeanor. They are happy and playful and curious, with incredible enthusiasm towards all their daily enrichment. This week Lulu, Lili and Lac were released to the outdoor enclosure and are able to discover the outdoors for the first time in their lives.

This case demonstrates the ongoing problem of illegally kept bears in Vietnam, and that authorities must continue their efforts to ensure they are found and immediately confiscated - to ultimately bring an end to all bear farming in Vietnam. 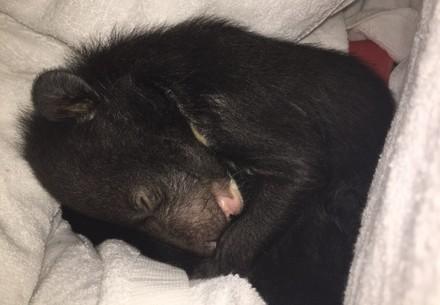 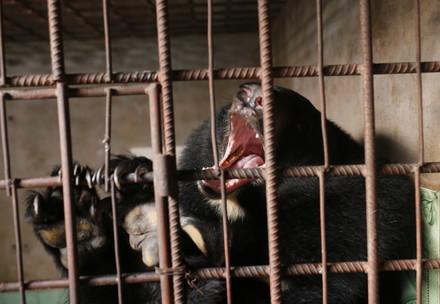