FOUR PAWS has been investigating the illegal puppy trade for many years and has gathered extensive evidence that breeders use animals for profit and disregard the health and welfare of dogs.

The Illegal puppy trade is a profitable business, especially when little care is given to the dogs involved. Veterinary care is lacking, the breeding animals are disposed of when they cannot produce puppies anymore and the puppies themselves are taken from their mother too young and without consideration for their needs. Many of the puppies bred for the trade belong to the most popular breeds, as they can be sold best for profit.

Illegally imported puppies are not bred under the protection of the breeding clubs and thus are not covered by breed standards. When puppies are bred under the supervision of a breeding club, veterinary checks, fitting matches for the parent dogs and a good health and hygiene are common standards. But for thousands of dogs, that are bred for profit in Eastern Europe it is much more common, that they are bred under poor welfare conditions, often in puppy farms and then sold via online classified platforms. With no requirement to adhere to regulations, the dogs bred in Eastern Europe on these puppy farms are far more likely to have inherited disorders as well as behavioural issues later in life.

Inbreeding and breeding between animals with known genetic disorders are common breeding practices. This results in puppies that suffer their whole lifetime due to their inherited health problems.

Illegal puppy trade is a flourishing business – with puppies getting the short end of the stick!

What are trend breeds?

The so-called ‘trend breeds’ such as French Bulldogs, Pugs, tea-cup puppies (miniature dogs) are particularly affected. These dog breeds often become popular overnight and dogs are then bred quickly to satisfy the demand. For example, the Disney film '101 Dalmatians' in 1961 lead to a surge in demand for Dalmatians. In order to fulfill the demand, many dogs of the breed were used for breeding, including deaf dogs. The breed still suffers from the consequences of that breeding period. Even today, around 60 years after '101 Dalmatians' sparked the trend, many Dalmatians suffer from single sided or complete deafness. In 2003, a study was carried out in Germany in which around 1,900 Dalmatians were examined for deafness¹. The proportion of deaf dogs was almost 20%.

Breeding of popular breeds is done by unscrupulous breeders without any afterthought for the puppies’ health or welfare. The dogs suffer throughout their whole lives from the bad breeding practices. The new owners, who are often unaware under which circumstances their new puppy has been bred, have to suffer along side their dog. Witnessing the struggle of the animal due to the health implications from the breeding practices, as well as the high veterinary bills, to make the life of the animals a bit more comfortable, take a toll on the owners.

Form the intel gathered by FOUR PAWS, it is obvious, that only a few of the most popular dog breeds are bred legitimately under the protection of kennel clubs. In Germany only about 24% of puppies come from the VDH (Verband Deutscher Hundezucht) – the German umbrella organisation for dog breeding².

The number of French Bulldogs bred legitimately versus registered in the UK follows a similar trend. In the past 10 years the registration of these dogs has increased 30 times. However, it is estimated that only 30% of the dogs come from the UK³. It is believed that the other 70% of dogs are also imported from Eastern Europe, many of them illegal brought into the country. Since 2011 the regulations for bringing animals into the UK (as with the whole of the EU) is easier with many puppy dealers using the pet travel scheme (PETS) as a way to bring puppies into the country illegally for onward sale online. In the first year after introducing PETS there was an increase of 61% of dogs being imported into the UK⁴.

Do not support the illegal puppy trade

If you are thinking of buying a new puppy now or in the future, then please ensure you find a reputable breeder who is knowledgeable in good breeding and welfare practices so that you do not buy a puppy with genetic disorders. And never buy on impulse online as you may be unwittingly supporting the demand for puppies bred inhumanely on puppy farms.

We would always recommend contacting your local animal shelter first to see if there is a dog or puppy to suit your family and your lifestyle. There are thousands of dogs and puppies in animal shelters who have been handed in for no other reason than their owners do not have time for them.

Finally, remember when choosing a future canine family member, it’s far more important to find a dog with the right temperament than it is the right appearance! 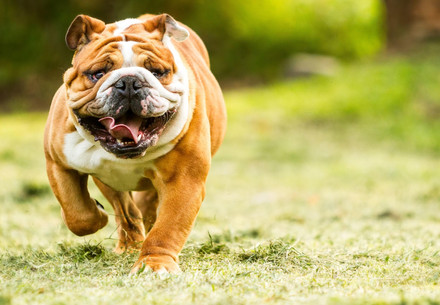 Breeding of Dogs with Genetic Disorders 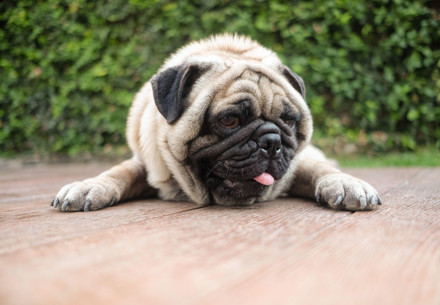 Animal Welfare Laws on the Breeding of Animals with Genetic Disorders 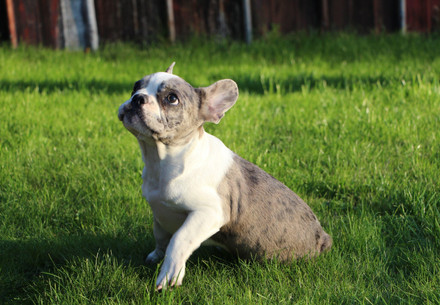