The industry justifies the crating of pigs with the fear of piglet losses: when the sow lies down it can crush the piglets. But this danger only arises from the breeding of sows, which have become bigger and heavier – as well as from the extreme lack of space: the sow cannot slowly lay down in the crate but must let herself fall. Often sows also have feet problems and lameness, both leading to higher instability. Furthermore, they are socially isolated from other sows, can never rest comfortably or escape the piglets, which strains them psychologically. In natural conditions, they would only nurse the piglets for a few minutes an hour and spend the rest of their time foraging for food and socialising with other animals. This is not possible in a farrowing crate.

On the other hand, in good housing conditions in alternative systems, with more space and litter, the mother sow can slowly lay down. There are also protective devices, called 'piglet deflectors', which are attached to the wall and provide a shelter for the piglets. As scientific studies have shown 1, 2, 3, the piglet losses in these systems are not higher than in the crate housing. Studies, that compared alternative farrowing systems to crates, also came to the conclusion that more piglets are stillborn in crates and the survivors develop worse than in the alternative farrowing systems.

There are two alternative farrowing systems that are practical and more animal-friendly than the farrowing crates: the so-called group farrowing and the temporary  individual free farrowing.

In group farrowing, the sows remain in the group during birth. For the retreat, littered pens with piglet nests are available for the animals. The sows can leave and enter these pens at any time. In order to enable an undisturbed imprint on the mother animal, the piglets can only leave the nest after ten to 14 days. This ensures that the piglets will find their mother in the group afterwards. Disputes between piglets from different nests regarding suckling are also prevented.

In the case of temporary individual farrowing, the sow is only separated from the group for a short time. The birth takes place in a free farrowing pen in which sow and piglets can exercise natural behaviours. The sow uses her voice (grunting for grouping together the piglets) to indicate to her young that she wants to lie down. The piglets have enough space to escape. In addition, protective devices are used to prevent the piglets from being crushed. After ten days, the animals can go back to the group.

Both options are animal friendly, and do not cause higher piglet mortality. FOUR PAWS actively calls for the abolishment of farrowing crates, and the situation is slowly moving towards the right direction, with consumers demanding more animal welfare friendly production of their products. 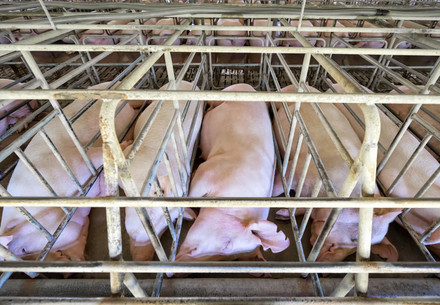 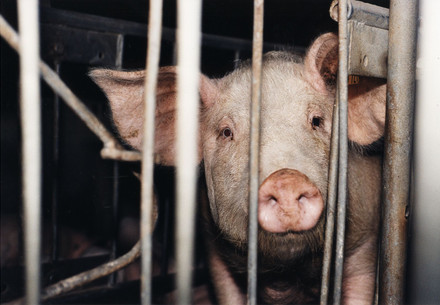 Pigs in the farm environment are subjected to cruel procedures 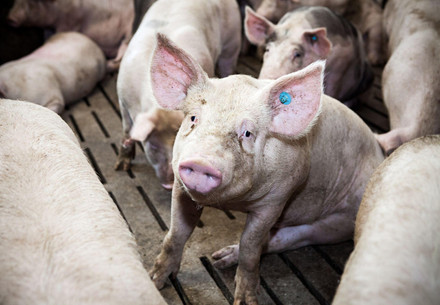