In pig farming, piglets are castrated very early (within the first week) – mostly without anaesthesia. This is extremely painful for the animals. The reason for the castration is to prevent the unpleasant boar taint in the meat and for easier handling of the animals. Boar taint occurs extremely rarely and only when the meat is heated. The affected meat can be sorted out at the slaughterhouse and processed cold, for example as sausage.

Cruelty to animals for cheap meat

The reason why it is not legally required for pig to be anesthetised during surgical castration, but dogs and cats do, is simply due to the costs of anaesthesia. Castrations without anaesthesia are allowed be carried out by the farmer themselves, whereas anaesthesia must (usually) be administered by a veterinarian. The veterinary costs saved by omitting anaesthesia make the production of cheap pork even more efficient – at the expense of the animals.

In the European Union, surgical castration without anaesthesia or analgesia is allowed within the first days of life of the piglets. After that, the use of analgesic medicines including narcotics, administered by a veterinarian, is obligatory. In 2010 a European Declaration of Alternatives to Pig Castration proposed that by 2012, surgical castration should not be performed without the use of medication and by 2018, surgical castration itself should be abolished and alternative methods should be used. For this to happen, several prerequisites should have been achieved, such as developing successful and quick methods of detecting boar taint and developing information and training of farmers and other members of the whole pork chain. But these goals were not achieved by 2018 and conventional surgical castration without anesthesia and without pain relief is still widespread across the European Union1.

Shortly before the end of the expiring period, the grand coalition in Germany postponed the ban in November 2018 by another 2 years, so that piglets could still be neutered without anesthesia and pain relief until the end of 2020. Furthermore, German legislation was changed to allow farmers to make use of anesthetics, even though they do not have the skills of a veterinarian. Just imagine it would be allowed to castrate cats and dogs by veterinary laymen.

There are some countries that do not or only to a certain percentage perform surgical castration of pigs and rather prefer keeping of intact males, like the UK, Ireland, Spain, Portugal, or Greece1.

There are more animal-friendly alternatives such as boar fattening or immuno-castration (vaccination against boar taint), as well as genetic castration, all of which do not involve surgical castration. Surgery with general anaesthesia is also an acceptable alternative if castration cannot be avoided. Here, however, it is crucial that only the veterinarians are allowed to put this anaesthetic on. The pig industry is still lobbying for local anesthesia, which would be cheaper for farmers. However, this is not an alternative, as it is extremely painful for the animals and is not efficient in alleviating pain and distress.

Read more about the alternatives to non-anesthetised piglet castration. 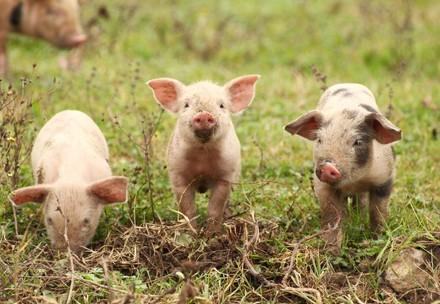 What options are there to castrate piglets without pain 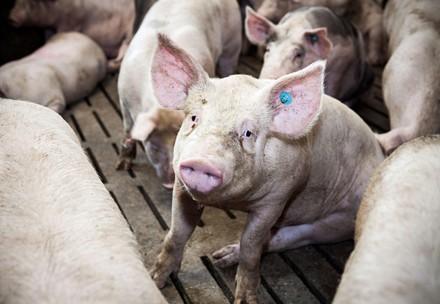 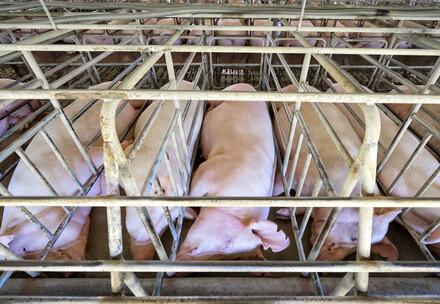