As the director of the Disaster Relief unit, I know that animals are important to all communities affected by any kind of disaster. But how should we explain this idea to people who may not think the same way about animals or colleagues from other industries whose focus might be more on people.

The resulting impact forced many shepherds to move to the capital city of Ulaan Baatar to find work to get money so they could buy sheep and return to the grasslands. When the city was inundated with a large migrant workforce that could not be easily supported, the growth of under-regulated urban residences (slums), a highly competitive employment environment with limited employment opportunities resulting in high frustration in the migrant workforce with social impacts affecting increases in crime, alcohol abuse, substance abuse, domestic violence and suicide. Many of the children from these migrant families from the grasslands previously living in gers, now live in the cities and do not return to a heritage and traditional lifestyle living on the grasslands.

The world bank implemented programs along with the Mongolian government and animal NGOs, that supported sustainable livelihoods and one of the unusual but effective solutions for the shepherds’ was providing them with tarpaulin to help protect their herd from the severe cold. This in turn helped protect the livelihoods of the shepherds and protected livestock in extreme cold conditions.

So on this special day we want to recognize the work of emergency and disaster professionals working to protection communities and their animals. All lives are important especially in disasters!

What is Disaster Risk Reduction (DRR)?

Disasters are sudden events caused by natural hazards that harm life and cause great damage to a community. Disaster risk reduction (DRR) is the concept and practice of reducing disaster risks through planned efforts like response to analysis and reducing some of the causes of disasters. Reducing the exposure of the community to hazards (like storms, floods, fire, drought, etc.), decreasing the vulnerability of lives and property, better management of land and environment, and improving preparedness and early warning are some examples of disaster risk reduction.

Why are animals important to Disaster Risk Reduction?

Animals affected by disasters are important in disaster risk reduction because animal welfare has a direct link to human welfare for public health, livelihood, civil compliance reasons and most of all animals are sentient beings that suffer in disasters when they are not considered in the planning of risk reduction work.

What is the FOUR PAWS Disaster Relief Unit? 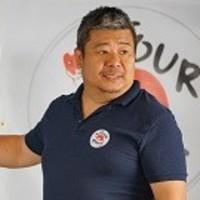 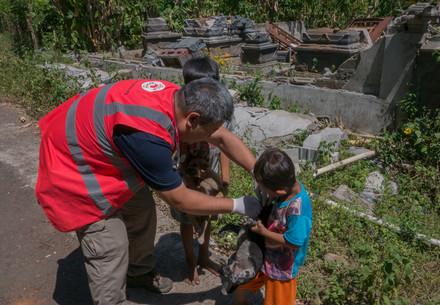 Looking back on our 15 day mission in Indonesia 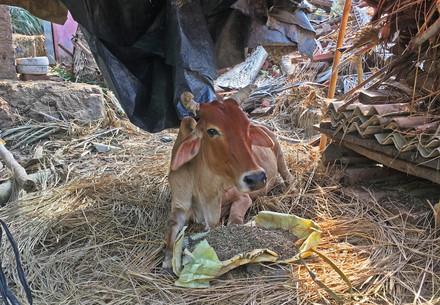