Zurich, 24 May 2022 – Fraudulent online advertisers and unscrupulous puppy traders can now be prevented from reaching potential customers in Switzerland as a result of a joint initiative between global animal welfare organisation FOUR PAWS International, European reference registry Europetnet, national dog database Amicus, and online classifieds portal anibis.ch. The ‘VeriPet’ system, first launched in Ireland in August 2021 and now in Switzerland, allows only registered and verified sellers to advertise their puppies on anibis.ch. The system will contribute significantly to reducing the illegal puppy trade and the suffering it causes for millions of puppies in Europe every year.

VeriPet is designed to deter criminals who profit from the suffering of dogs as well as protect those buying puppies online. Every person who places an ad for a dog registered in Switzerland on anibis.ch must have their ownership details verified through the national Swiss pet microchip database Amicus. This means that anyone who has not microchipped and registered their dog or puppy cannot offer them for sale.

Almost 2.4 million dogs are traded every year via the three biggest European classified ad sites alone and FOUR PAWS estimates the value of the online trade in puppies in Europe at almost 1.5 billion euros per year.

Amicus, which is managed by IT service provider Identitas AG, is the only national dog microchip database in Switzerland with more than half a million registered dogs. Anibis.ch is one of the largest classified ad sites in Switzerland with 20,000 dog advertisements placed every year. Together they will implement VeriPet, pioneering a new way to help ensure traceability of the online puppy trade.

VeriPet is intended to put an end to the anonymity of online trading and to ensure that responsible dog breeders can continue to place advertisements, while those who circumvent the law lose access to the online marketplace. Special rules apply to animal shelters, unborn litters and dogs registered in other countries.

“We are proud that FOUR PAWS significantly contributed to implementing this solution within this multi-stakeholder setting. It showcases FOUR PAWS’ ability to cooperate with concerned industry stakeholders to ensure better protection for animals. We look forward to seeing VeriPet expand across Europe, as more pet microchip registries and classified ad sites join in,”

“The launch of VeriPet is a big step forward in regulating the online pet market. When rolled out across Europe, this new system for verifying online pet listings will greatly improve the traceability of pets travelling across national borders and offer pet owners greater protection when they purchase a new pet,” emphasises Remi Gelle, President of Europetnet.

As a national dog microchip database, Amicus ensures their traceability in Switzerland. "We are pleased to contribute to animal welfare and support FOUR PAWS as a partner in the fight against the illegal puppy trade," says Isabelle Habegger, Product Manager at Amicus operator Identitas AG.

"One of anibis.ch's priorities is to offer a high-quality classifieds site that provides maximum security for our users. For years, we have been convinced that simply deleting the pet category is not the solution. Anibis.ch is proud to be at the forefront of this holistic project to curb the illegal puppy trade," says Alessia Quaglia, Managing Director of anibis.ch.

VeriPet is an example of regulating the online pet trade that can be followed by other platforms and governments on an international level. FOUR PAWS and Europetnet are committed to ensuring that other countries and platforms will soon follow this example and show that a safe online pet trade is possible.

Over the past 10 years FOUR PAWS has campaigned tirelessly to eradicate the illegal puppy trade with a focus on regulating the online trade. FOUR PAWS’ Model Solution for Full Traceability Across the EU Online Puppy Trade was conceived in 2019 in response to the increasing presence of illegal online traders.

The Model Solution, a significant part of which is the technical system VeriPet, has been presented at numerous conferences across Europe and received widespread support from classified ad sites, pet registries, vets, authorities and politicians. It is hoped that whilst Ireland and Switzerland have taken the first ground-breaking steps to introduce the system, they will soon be followed by others keen to implement VeriPet in their countries.

To find out more about FOUR PAWS’ work against the illegal puppy trade, visit https://www.four-paws.org/tracingthetrade.

In April 2022, FOUR PAWS launched “Cute. Quick. Sick.” – a new campaign to raise awareness of the dangers and heart-breaking consequences of buying a puppy from the illegal puppy trade: https://www.four-paws.org/buying-a-puppy 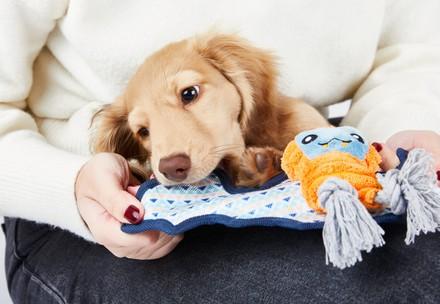 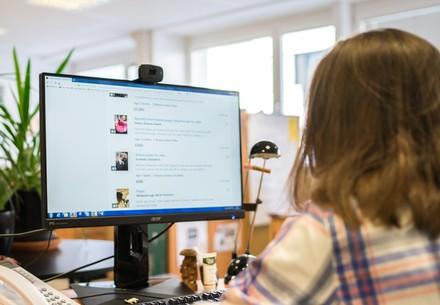 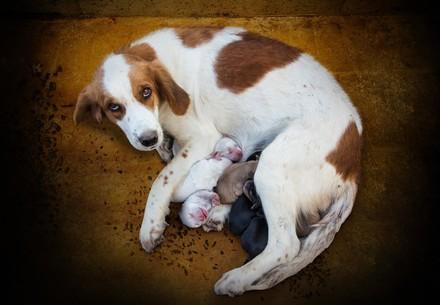