For years, they have been known as just numbers on a cage, reduced to little more than bile producing objects, and used only by what their tired, sore and abused bodies can provide.

For years, seven bears have known only cages, extreme confinement, and pain. They have suffered for the illegal bile trade, forced to live day-in-day-out, trapped inside a cage with no hope and no kindness.

“When we entered the farm, there were just rows of apathetic and imprisoned bears reminding us of a production line that shamelessly exploits for profit. Some bears were just laying lethargically, while others were swaying intensively, trying to cope with their miserable conditions.”

Years of suffering came to an end

During its biggest FOUR PAWS bear rescue to date, the team managed to bring a total of seven Asiatic black bears to safety. On 19th and 20th September 2019, FOUR PAWS rescued the former bile bears from their tiny cages in southern Vietnam.

First, the FOUR PAWS team helped female bear Bac Ha from private keeping in Dong Nai province. The following day, the team freed six more bears – James, Thom, Mui, Hung, Ot and Thia La – from a bear farm in Binh Duong province after their owners agreed to voluntarily hand them over to FOUR PAWS. The bears were able to be enticed into the transport crates with the help of honey, so that no anaesthetic was necessary.

After a 40-hour journey to the north of the country, the bears reached their new, species-appropriate home – our BEAR SANCTUARY Ninh Binh.

In the past weeks all 7 bears were checked by our veterinarian. Unfortunately Hung, Thom and Ot face some health problems and are being closely monitored by our team.

James, Mui, Hung and Thia La are socialised with one another and share an outdoor enclosure. Actually also Thom is integrated into this group and goes out with them but after his surgery he needs to stay inside in the bear house for recovery and therefore, right now, is separated from the group of the other 4 bears.

Bac Ha and Ot are also integrated to each other and released to the outdoor enclosure.

Hundreds of bears continue to suffer in cruel keeping

Demand for bear bile for healing purposes is reportedly declining, however, up to 450 bears in Vietnam are still living in cruel conditions on bear farms or in private keeping. This case demonstrates the ongoing problem of illegally kept bears in Vietnam, and that authorities must continue their efforts to ensure they are found and immediately confiscated - to ultimately bring an end to all bear farming in Vietnam. 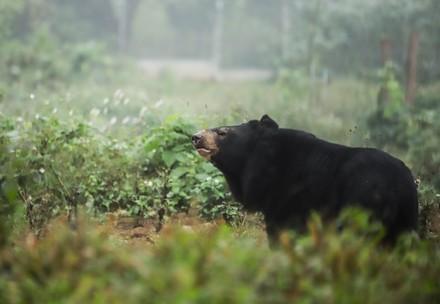 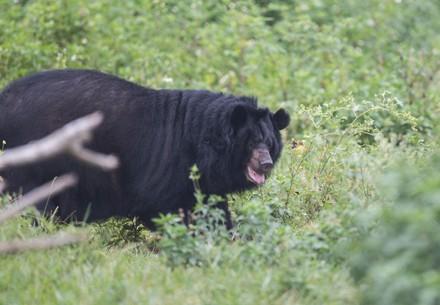