Bear Napa was the first bear to move into the Arosa Bear Sanctuary in July 2018. Six months later two more inhabitants joined the 'family': Amelia and Meimo, two 13-year-old European brown bears, were admitted to an Albanian mini zoo after their mother was allegedly the victim of poachers. The former owner explained: "They were taken in for animal welfare reasons, as they would not have been able to survive on their own". He was also the owner of the restaurant and the mini zoo where the two animals were kept.

Four days of travelling from Albania to Arosa

In November 2018, FOUR PAWS was informed that the restaurant owner wanted to close or abolish the small zoo. Allegedly because of many criticisms from guests and tourists about the inappropriate keeping of animals. FOUR PAWS reacted immediately and agreed to take over the two animals and bring them to Arosa. On 29 January 2018, the rescue started with a vet check, before they were loaded into the transport crates and sent on their long journey to the Switzerland mountains.

From Albania to Macedonia to Greece, by ferry to Italy and then by truck to the border and finally up to the Arosa by gondola - the journey was long and varied, but went smoothly. The demanding transfer was accompanied by a team consisting of staff members of Arosa Bear Sanctuary, the Arosa mountain railways, FOUR PAWS and the veterinarian Dr Frank Göritz.

Bear Napa was amazed when suddenly two new companions appeared. He watched the arrival curiously and calmly from his separated area of the enclosure. Meimo, Amelia and Napa then had the opportunity to get to know each other through the fence. In summer 2019 the socialisation was initiated. First Napa and Amelia met and a few weeks later, the two males, Napa and Meimo.

We are happy to announce it worked out very well and now they can enjoy a life in company. 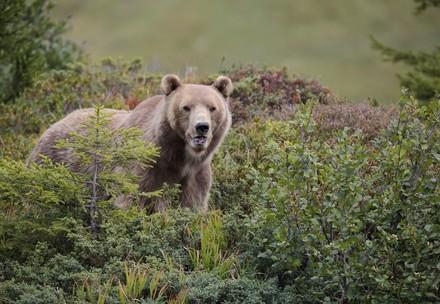 The first bear sanctuary in Switzerland 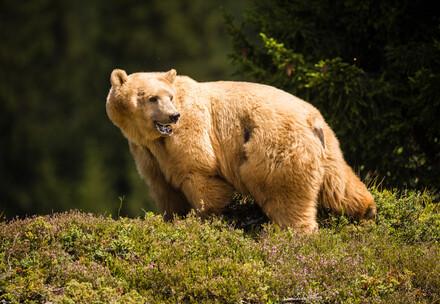 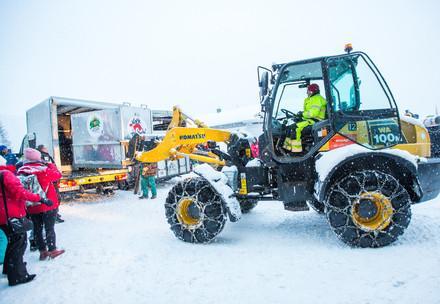 Finally at home at the Arosa Bear Sanctuary