Sometimes, it is hard to understand how people can be so heartless. These two little kittens, barely 3 weeks old, were thrown into a sack, tied tights so there was no escape and dumped for dead. However, our team and partner organisation from Animal Rescue Cambodia know the signs of abandonment and were able to intercept these two young babies before it was too late.

The two sister kittens, who are almost identical were taken to the safety of the clinic, where on their arrival they were extremely weak and suffering from heat exhaustion. The kittens should have remained with their mother until at least 6-8 weeks, so were way too young and underdeveloped to be on their own. At first, the sisters were crying, longing for the comfort of their mother but as the days passed the kittens grew stronger and more independent. Our team also provided around the clock nursing care.

As with all the kittens that arrive at the clinic, they were dewormed, vaccinated, and given formula to help them grow stronger.

After one week of care there, little Hazel and Diana went into a loving foster home. After two months in foster care, their fosterer just couldn't resist these two, and who could blame her? Both kittens were adopted by her into their forever home!

Read more about our work for stray animals in Cambodia! 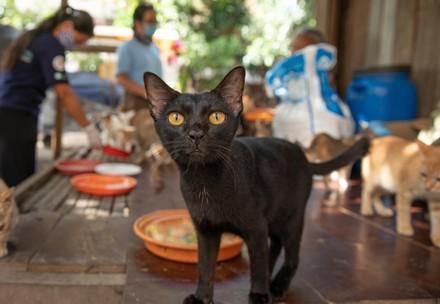 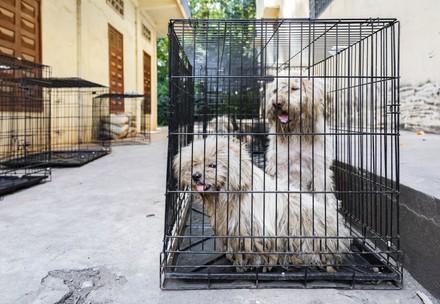 Part of our Mission on Silk Island