Only a cow that gives birth to a calf, gives milk

The main task of a dairy cow for human purpose is to produce a lot of milk. But she only gives milk if she gives birth to a calf. The cow is artificially inseminated for the first time when she reaches sexual maturity at the age of 16 to 18 months. Shortly after the birth of their first calf, the cow gives milk that humans claim for themselves. That is why the cow and calf are separated from each other only a few hours or days after birth - a considerable psychological burden for both.

The calf mostly receives milk substitute, a mixture of skimmed milk powder and water. As a result, the calf often becomes susceptible to disease, and behavioural disorders also develop because the calf cannot satisfy its natural need to suckle the mother's udder. These calves never experience the care and nurture of their mother - the suffering of the calves is difficult to imagine.

Individual farms show that there is a different way - they run alternative ways to keep dairy cows. In this so-called mother-bound calf rearing, the calf can stay with the mother for a long time.

After the last calf is born, the dairy cow is inseminated as soon as possible, so that she is already highly pregnant once the actual milk cycle is coming to an end and the “dry period” is limited to approximately eight weeks in a year. The milk yield per cow - this is the amount of milk that a cow gives per year - has increased continuously in recent years. High-performance dairy cows give up to 12,000 litres of milk a year - over 30 litres a day. These animals are given enormous amounts of concentrate such as grain and soy to produce such a high milk yield. Normally, ruminants like cows shall be fed on a diet which is rich in fibre and roughage, such as Grass and Hay – high concentrate diets lead to changes in their gut-flora and to digestion and metabolic disorders.

Cows must give more and more milk

The milk yield per cow, that is the amount of milk that a cow gives per year, has increased continuously in recent years.

In many European countries, yield per cow has more than doubled in the last 40 years. The dramatic increase in yield per cow is due to rapid progress in genetics and management. Until the mid-1980s, most of the increase in milk yield was the result of improved management, in particular, better application of nutritional standards and improved quality of roughage. Since then, genetics and highly intensive feeding became the major factor as a direct result of use of artificial insemination (AI), intense selection based on progeny testing of bulls and worldwide distribution of semen from bulls with high genetic merit for production.

An average production per cow of over 10,000 kg of milk is not uncommon in the USA and increasingly common in Europe. Individual cows may produce twice as much1. Currently, the EU average is at more than 7,000 litres per cow2 and it keeps increasing.

Sick due to high milk yield

This type of feeding is not appropriate because cattle are ruminants, the basis of which is usually grass or hay. The enormous milk yield brings the cows to their physical limits: they suffer from life-threatening metabolic disorders and painful udder infections. Due to the highly concentrated feeding, many animals also experience a strong acidification of the rumen.

Dairy cows usually get emaciated after a short time into the milking period, as at this time the milk production is the highest and they cannot eat as much as they burn calories for the loss of the milk. In this period, they can also hardly walk properly due to the oversized udder. The claws also do not remain healthy: due to the enormous amounts of concentrate, their growth, health and recovery of claws are disturbed compared with cows receiving roughage-based feeding with grass and hay such in mother suckler herds.

On average, a third of the cattle herds are slaughtered annually and replaced by new animals. That is over 8.9 million animals in the European Union3. An average dairy cow does not live to be older than five years - even though cattle only mature at five years and the natural life expectancy of cattle is actually 20 years.

What can you do to support animal-friendly dairy cow husbandry?

are given by high-performance cows. This physical performance with inappropriate diet is comparable to a top athlete who must run a marathon every day.

...a structural change in the whole dairy (milk) production:

Moreover, FOUR PAWS aims for a general structural change of the dairy industry. FOUR PAWS is against the common practice to separate calf and mother immediately after birth as it conflicts with animals’ needs. FOUR PAWS supports farmers who want to change their management system to mother bonded rearing or fostered calf rearing. Nevertheless, on a larger scale, improvements for the animals will only be possible if consumption of milk products is decreased. 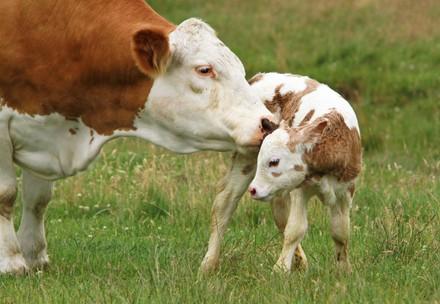 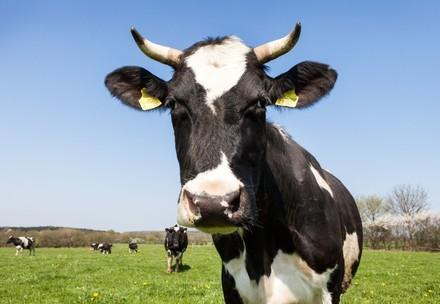