Although they were domesticated around 500 years ago, guinea pigs haven’t lost their original instincts. Their natural habitat is the mountains of South America, where the climate is tough, making them highly adaptable. Guinea pigs live in small family groups of three to ten. They spend most of their day looking for food together, covering great distances and always following the same paths. As defenceless prey animals, they avoid open areas without shelter, moving quickly from one patch of cover to the next.

Clan animals
There’s nothing worse for a guinea pig than living alone. No matter how attentive an owner may be, he or she will never make up for the absence of other guinea pigs. Other species – such as rabbits – are no better as substitutes: a guinea pig’s well-being depends heavily on physical and social contact with other guinea pigs.

For guinea pigs to have the social contact they need, they must live in groups of at least two. If they’re kept in groups of three or more, they will be significantly more active. They will stimulate each other and have better social lives, giving rise to a dynamic little community. Males establish social hierarchies, with alpha males dominating the lower-status males. When it comes to potential mates and territory, males can become very aggressive.

Mobile and shy animals
Mobile and shy animals Guinea pigs are naturally compelled to be active, to gnaw, and to hide away. In the wild, they busy themselves digging holes and burrows to hide in. Some species are excellent rock climbers and will also climb in low shrubs, jumping from branch to branch.

They are shy animals – and not without reason, as they have many natural enemies, including wild cats, coyotes, wolves, snakes, hawks, owls and humans. In some cultures, these cute little mammals are seen as a source of food or an ingredient in traditional medicines.

Vegetarians
Guinea pigs are herbivores, eating only plants. In the wild, depending on their habitat, their diet consists mainly of grasses, hay, various plants and herbs, seeds, twigs, bark and occasionally roots. Such foods – which are rich in fibre and contain plenty of vitamin C – should also form the basis of a domestic guinea pig’s diet, with the addition of a few extra side dishes as needed. For more on this, see our guide 'A balanced diet for a guinea pig'. 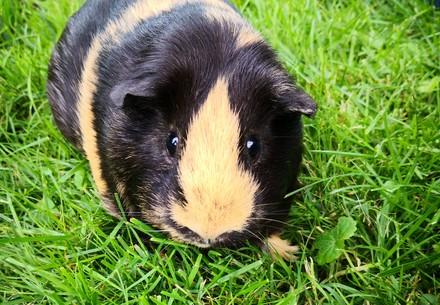 Where do they come from originally? How did they reach Europe? Where does their name come from? 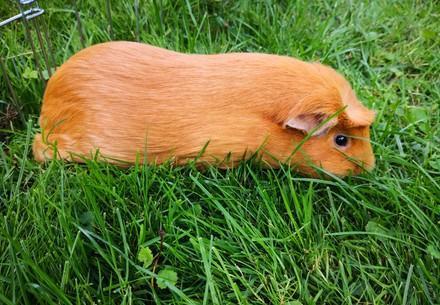 A Balanced Diet for a Guinea Pig

Guide for guinea pig owners: They are exclusively plant-eaters (herbivores), feeding only on grass, hay, vegetables and fruit 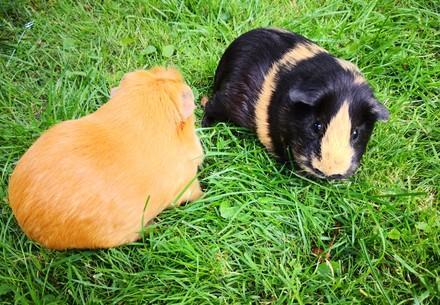