Where they come from
Cavia porcellus – to use the guinea pig’s Latin name – belongs to the rodent family. Originally from South America, particularly the Andes, the modern guinea pig is a descendant of Cavia cutleri.

Domestication of guinea pigs
There are many indications that the original human inhabitants of Ecuador, Peru, Bolivia and the Andes began to domesticate these wild animals around 5000 BCE. In Peru, they were kept for food. The little animals appear in folk art and handicrafts from between 500 BCE and 500 CE.

Guinea pigs in medicine and religion
Guinea pigs played – and continue to play – an important role in Peruvian medicine and religion. Some believe that guinea pigs can be used to diagnose illnesses (black guinea pigs supposedly have a special aptitude for this).
Guinea pigs also had a religious significance. Some civilisations, such as the Moche (around 100 CE to 800 CE in northern Peru), worshipped them and often incorporated them into their artworks or put up statues to them. The Incas, meanwhile, sacrificed them to their gods.

Selective breeding
From 1200 to 1500 CE, until the Spanish colonisation of South America, the Peruvians – particularly the Incas – bred increasingly exotic varieties of guinea pigs. Many of these had fur and colouring very similar to the varieties we know today.

How they came to Europe
When trade with Europe really took off from the 16th century onwards, guinea pigs became popular imports, generally as pets rather than food. Initially introduced to Europe by the Spanish conquistadors, they were valued as exotic pets, especially among the rich and members of the royal courts – for example, Queen Elizabeth I of England was one of the first European fans of guinea pigs. The earliest known written reports concerning guinea pigs are from the year 1547 in Santo Domingo, Dominican Republic.

The meaning of their name(s)

The name 'guinea pig' can be traced back to their original price in 16th-century England, where they could be bought for one guinea each. But why “pig”? Some people believe it’s because they resemble small pigs, and this seems to be borne out by the names guinea pigs are given in other languages. In Portuguese, for example, they are called 'Porchitas da India' ('little pigs from India'), and in Latin they are called C. porcellus (Latin for 'small pig'). Their German name, “Meerschweinchen”, may also be due to the pig-like squeaks they make.

A favourite pet
Given their heritage, it’s no wonder that guinea pigs have become firm favourites as pets. However, they have several species-specific needs which must be taken into consideration by anyone who is looking to have guinea pigs as pets. More information on guinea pigs and their needs is provided in our other feature articles on guinea pigs. 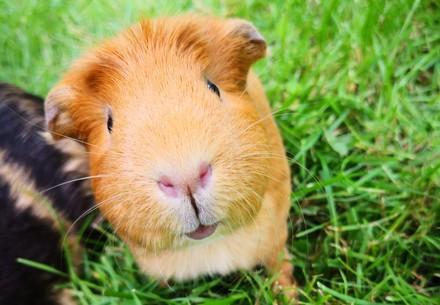 A Natural Life for a Guinea pig 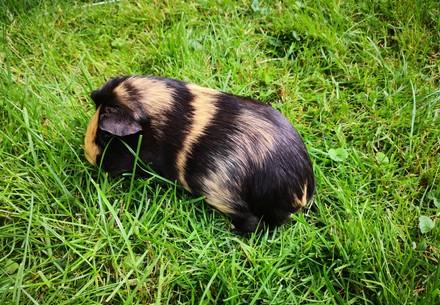 Guinea Pigs – Their Most Common Illnesses

Guide for guinea pig owners: Guinea pigs are generally robust animals. However, certain illnesses tend to affect them more often than others 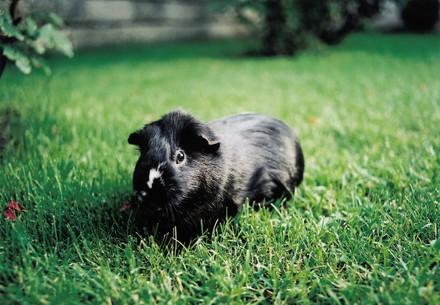 Guide for pet owners: What to do to make the little rodents - guinea pigs - feel comfortable with you