4th August 2020 – Global animal welfare organisation FOUR PAWS has launched a ranking (www.four-paws.org/food-producers) called the ‘Atlas Challenge’ which shows to which extent the leading food producers of convenience foods are reducing meat and fish offerings and increasing plant-based alternatives as well as innovative meat and fish substitutes. Out of 20 global food producers contacted by FOUR PAWS, the German company FRoSTA not only scored the highest percentage overall but are the first to commit to a fish and meat reduction strategy by signing the FOUR PAWS Atlas Challenge commitment letter.

As part of the assessment and research process, FOUR PAWS sent out a questionnaire to 20 leading food producers of convenience foods within the food industry sector operating within Germany, Switzerland, Austria, the United Kingdom and other European countries on their innovative and sustainable business strategies. In summary, the results show that there is much room for improvement. Although some food producers have positive initiatives in place which highlight the importance of the environmental and climate impact, goals towards meat and fish reduction is lacking amongst the key players in the sector.

“FOUR PAWS is delighted that FRoSTA has jumped onboard committing to sustainable business practices by incorporating strategies that support a reduction of meat and fish and an increase of plant-based and innovative products. They set an example to others in the sector, that progressive steps towards a humane and sustainable food industry is not only measurable but very do-able. With meat and fish production contributing to the climate crisis, the food industry holds a powerful key on deciding the fate of billions of animals and the environment. As consumers are demanding for transparency about the health, environmental, and animal welfare implications of food, it is imperative for food producers to incorporate strategies that encompass this. FOUR PAWS is hopeful that others will follow suit and commit to a reduction of meat and fish, and an increase of plant-based products which supports an animal and climate friendly planet.”

In the commitment letter, FRoSTA committed to the following scopes (amongst others) by 2023: Promoting meat and fish reduction in its CSR or separate policy, making sure that one kind of meat or fish is not increased as compensation for reducing another, diversifying the product range with plant-based meat substitutes and/or vegetarian alternatives and vegan products.

Hinnerk Ehlers, FRoSTA Executive Board: "We are happy to support the Atlas Challenge because we too have set ourselves the goal of reducing the proportion of meat in all our ingredients. We achieve this by greatly expanding our range of attractive vegetable-based meals and vegetarian dishes. We know from our CO2 calculations that meat has a much higher CO2 footprint than vegetables. Therefore, it is important and right that we consume less meat overall. We see it as our task in offering good alternatives.”

The ‘Atlas Challenge’ by FOUR PAWS

Over 74 billion farm animals and an estimated 120 billion fish are globally farmed for food each year which depicts a massive number of animal suffering and damage to the environment. The goal of the FOUR PAWS Atlas Challenge ranking is to encourage the major players in the food industry – food delivery services, food producers, quick service chains, company canteens and supermarkets – to reduce the production and offering of meat, fish and other animal products, and increase innovative plant-based products. The food producers ranking on convenience foods is the second Atlas Challenge ranking that FOUR PAWS conducted, after the initial food delivery services ranking, which took place in 2019. 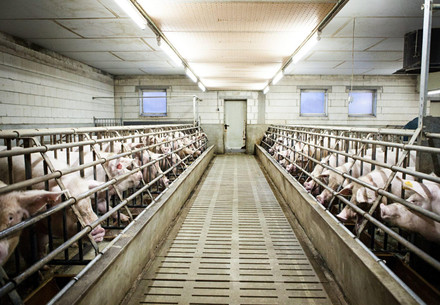 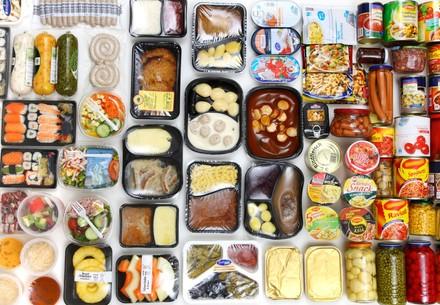 What are the leading food producers progressive food strategies? 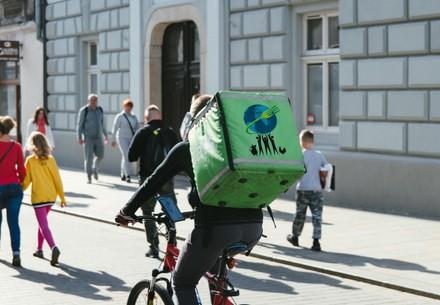 How does your favourite food delivery service compare?