FOUR PAWS aims to provide a good life to rescued bears, by striving to ensure the highest possible animal welfare. Welfare is a volatile and multifaceted state experienced by the animal. As such, assessing the welfare of an individual requires the evaluation of both the animal’s health and behaviour, and its environment.

FOUR PAWS rescues bears in need and ensures the highest possible welfare within its sanctuaries. Using the BearWell tool, we aim to continuously assess and improve the welfare of the bears in our care.

Welfare assessment protocols that take into account both resource-based and animal-based measures have been developed for farm animals and have recently started to be developed for wild animals. To date, there is no scientifically validated protocol to assess the welfare of brown bears under human care. The goal of the BearWell project is to develop animal-based measures that will be included in a protocol for ongoing welfare assessment of the brown bears in FOUR PAWS sanctuaries. While this will be initially useful to ensure the highest possible welfare standards for the bears under FOUR PAWS' care, it will also be available for the scientific community to apply in other brown bear keeping systems. This project has been conducted by the FOUR PAWS Science Unit, under the supervision of an animal welfare expert.

One of the animal-based measures that has been developed for this project has been published in scientific journals, such as the Qualitative Behaviour Assessment (QBA), which is a measure of the emotional state of the animal. FOUR PAWS has developed, in collaboration with the University of Padova, Italy, a Fixed List for brown bears. They have investigated the effect that bears' individual characteristics and season had on the QBA outcomes. The results encourage the application of this List in routine welfare assessments in FOUR PAWS Sanctuaries to monitor bear welfare. Read the publication on the Qualitative Behaviour Assessment of brown bears here.

One other measure has been presented in a scientific conference, which is the case of the poster “Investigating the reliability and feasibility of a faecal consistency classification system for brown bears (Ursus arctos) during daily care routine.” (Stagni et al, 2021) that was presented in the first EAZA Animal Welfare Forum, in June 2022.

A faecal consistency classification system has been created for brown bears (Ursus arctos) and its use suggested as monitoring tool for gut health and digestion in zoo settings1. In this pilot study, the classification system has been tested in a FOUR PAWS Sanctuary (Bärenwald Arbesbach, Austria) to investigate its reliability and feasibility during daily care routine.

During two consecutive days in April 2021, 27 faecal samples dropped within 24 hours were assessed, simultaneously and independently, through visual and tactile evaluation by five observers on the first day (16 samples) and by three of the five observers on the second day (11 samples). The type of consistency, whether uniform or dual, was assessed, then samples were scored from 1 (hardest) to 6 (softest). Only samples on which agreement was found regarding type of consistency had their scores analysed for inter-observer reliability, using Intraclass Correlation Coefficient (ICC), with the double scores of the dual samples being analysed independently. Agreement on consistency was found in 14 (88%) samples in the first day and in 10 (91%) in the second day, with an ICC of 0.86 and 0.91, respectively.

The application of the classification system during the daily routine was feasible for the visual evaluation, but not for the tactile assessment, logistically more time consuming. Considering the high agreement of the ICC and that the percentage of the type of consistency reflects the one De Cuyper et al. (2021)1 found, this study supports the use of the faecal consistency classification system to collect reliable and comparable data in a sanctuary environment and in other facilities that house brown bears under human care. 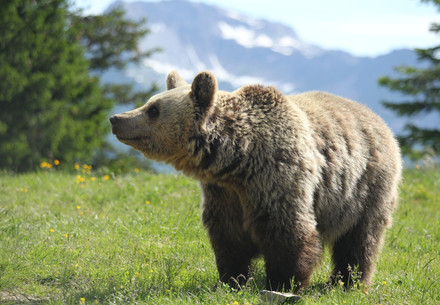 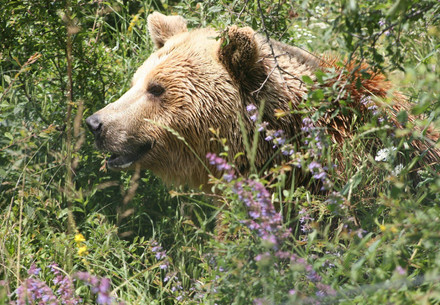 Images of the brown bears in our BEAR SANCTUARIES 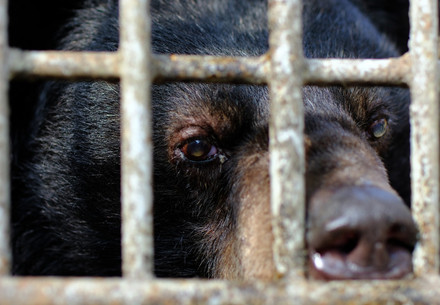